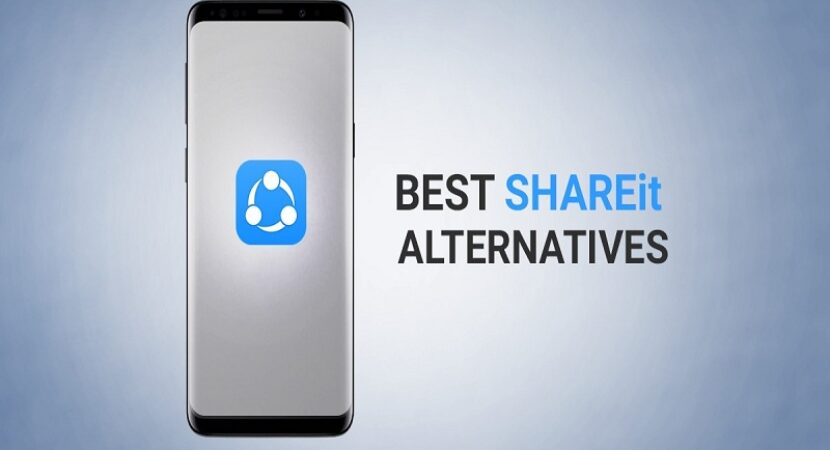 With the Indo-China border rift, India has taken some of the steps against China to make them aware that we are not going to tolerate this intrusion. One of the measures the government has taken regarding this is the ban on Chinese apps. 59 apps have been banned by the government to strike the online environment created by China in India. Though this is a credible step the way these apps are providing services to the people is a habitual one. People are habituated to these apps in one or another way. Among those 59 apps, SHAREit has a vivid application for transferring files. After the ban, people are in distress that how can they transfer files? It is very important to get the information regarding the alternatives of these apps as they have been with us for a long time.

This excerpt provides 10 effective apps that are the best alternatives of SHAREit. Here we are also providing an elaborative idea about the working of these non-Chinese file sharing app. This will help you to get a grab over the alternatives so that you can use it for transferring files and showing a patriotic side towards the country’s decision. Before getting directly to the non-Chinese alternative to SHAREit, we should get an idea about the fundamentals of SHAREit. Let’s delve into further information relates to this Chinese app.

SHAREit is an app that is used for file transferring from your smartphone. This app has been banned in India due to the Chinese link. This app is specifically used by the users to transfer any kind of people from mobile in a jiffy. Though this app has wide usage among the people the technical issues with this app make it a bit of clumsy. The regular updates and paid ads are not intrusive.

The most recent strike of banning Chinese apps, SHAREit has also taken a blow. Though it is hard to transfer files now from your phone here we are providing the best alternatives for this Chinese app. These 10 alternative file sharing apps help you to get an upper hand. Simultaneously, not using the Chinese apps will provide you the satisfaction of showing patriotism towards your country.

This can be the best alternate Indian app for SHAREit that is made by an Indian. It can be the face of the #Boycottchineseapps movement. This is the desi avatar of SHAREit that has all the features and functionalities. It is available in the play store for free. It allows effective file sharing without any hassles. The boy who developed this app is an Indian ShravanHegde and a young BCA student. It also consists of a dark mode that appeals to the user. With the faster transfer speed, you can get all the benefits. This is among the best way to acquire an app that has all the credible advantages as same as the SHAREit.

Jio being the massive player in almost every field, it has also invented a file-sharing app that has good reviews in the play store. If you want to use an Indian alternative for SHAREit, then this a credible Indian app. It supports file transfer between iOS and Android also. One of the best things about this app is the no limits on the file size that is made to be transferred and also on the file types.

You can send any kind of file through this app. It is the best SHAREit alternative Indian app for transferring files. JioSwitch is another alternative to SHAREit and has good reviews in the play store. This app has no ads. It dedicatedly supports all the android enables phones and also iOS. With this app, you can transfer your files without any hassles.

This is the Google version of the file transfer app that makes the transferring of files simple and effective. At this stage of the ban on SHAREit, this can provide you effective results for the transferring of different kinds of files. This is one of the best apps that have specifically designed for android phones. It has all the other functions apart from file transfer. With this, you can clear all the cache and waste files accumulated on your phone. These are the additional features you get by using this app. The operation of file sharing takes place when both the phone is equipped with Filesgo.

One will be the receiver and other the sender. After the approval of the connection, you can send or share any kind of files like videos, audios, documents, images, and others. The interface of this app is quite simple and helps you to get a secure touch while transferring any kind of file. It also enables you to get a grab of the history of the transferred files.

It is quite clear from the name of the app that it works efficiently and can be used for any type of file sharing. The core sharing takes place when the one-time 6-digit key has been placed and that initiates the file transfer. It doesn’t need any type of internet or connection for transferring the files. It is possible to send files to multiple people with a link only. One of the best benefits of this platform is the 256bit file encryption protocol that keeps your data secured. In the age of data thefts it very important to share files with utmost safety. It consists of other variants also that is the premium version which has provides additional speed while transferring the files.

This is one of the light apps utilized for transferring files as same as SHAREit, though it doesn’t have that much of extensive functions it also provides effective file transferring. It transfers files by getting connected on the same Wi-Fi network, but if it is not possible, then you can also make a hotspot connection to transfer the files. As this a cross-platform application, one can use it on PC also as it supports Windows, Mac, and other operating systems also. There is a good thing about this app that while transferring you can have a conversation with your buddy also.

Treble shot is one of the file transfer app known for its availability by being an open-source that only works with the android systems. You can easily transfer any kind of file. This app works on the similar network by transferring the file or by making a hotspot for file-sharing. The USP of this app is that in the case of any error occurs, you can resume the transfer or the download in a go. This app is not so popular, but has been here for a long time. It has a simplified user interface, making it easy to use, but the relief is ad-free. Opt this app and get a super speed for transferring a type of file.

This is again the oldest platform by being the most efficient alternative for SHAREit. A Superbeam is a file-sharing app that has an interesting interface that appeals a lot. One of the backdrops of this non-Chinese file sharing app is that it has an excess of ads. One can utilise this application in any of your smartphone that has an OS of android or iOS. The major benefit it provides is that it can be used in PC also for file transfer.

This is an Indian app that is used for playing videos, but it has an option that enables you to share video files also. You can use the efficient feature and help yourself for sharing movies or videos to your near and dear ones wirelessly. This app functions on the P2P files sharing process that works on the creation of an ad-hoc virtual network. Setting up the connection is quite easy as you can request access through Bluetooth or hotspot. The sharing feature of the MX player doesn’t require a specific internet connection. You just have to make sure that this app is present in both the smartphones.

Zapya is a renowned application that helps to fill the void of SHAREit. It is equipped with a universal search bar that can help you to transfer all types of files in a jiffy. You can send apps, video, audio, movie, documents, and many more. The best thing about it is the clean user interface. It has a similar functioning just like the SHAREit. Though if you didn’t want to get excessive ads, then you can surely use other alternatives as well.

This is a cross-platform file transfer tool that is a good alternative for SHAREit. It has vivid applications and can work for Android, Windows, Linux, macOS, and all the other popular web browsers with the help of plugins. The end to end encryption of the files in this app is the best thing. After the setup, it provides a list of devices to which you can share the files. One of the efficient approaches of this app is the one thing that only SHAREit can perform and that is the folders sharing as folders only.

These are the best alternatives of SHAREit that can provide all the features which are needed for effective file sharing. These apps are credible and don’t link to China in any scenario. While using any app, it’s recommended to check the origin. Though there is not any punishment liable for the usage of those apps that are banned by your government, it is the sole responsibility of a citizen to show patriotism towards their country. As this a political ban that has been taken in the national interest, it is very hard to get an idea of the ban period. Keep a check on the origin of the apps and help yourself and your country to take a firm instance.

Are these alternatives of SHAREit is as effective as the same?

These apps are the best alternative of SHAREit that provides efficient functioning. In these, there are some of the apps that provide different beneficial services as compared to the SHAREit. It is recommended that you should get all the information before installing it. The reviews of the apps can be very informative.

Do we need to pay anything for installing these apps on our device?

Most of the apps that are SHAREit alternative Indian apps are free to download. They don’t charge any amount for the installation or download. But if you are using the premium services or additional ones, then it may charge you.

Is there any chance by which these apps can also get banned?

There is a minimal assurance about the ban on these alternatives as the ban of SHAREit is a political decision that is taken in the national interest. The above list of alternatives contain some of the apps that are from different countries. At this stage, until and unless there is a problem like this, these apps will not get banned. Use them without any stress to transfer files.

How can we get an Indian alternative for SHAREit for an effective file sharing process?

All the apps are present in the play store; some of them are of Indian origin. While downloading, if you want to use Indian alternative of these file sharing apps, then you should check that out in the additional information about the same.

Are there any apps like SHAREit for PC available or not?