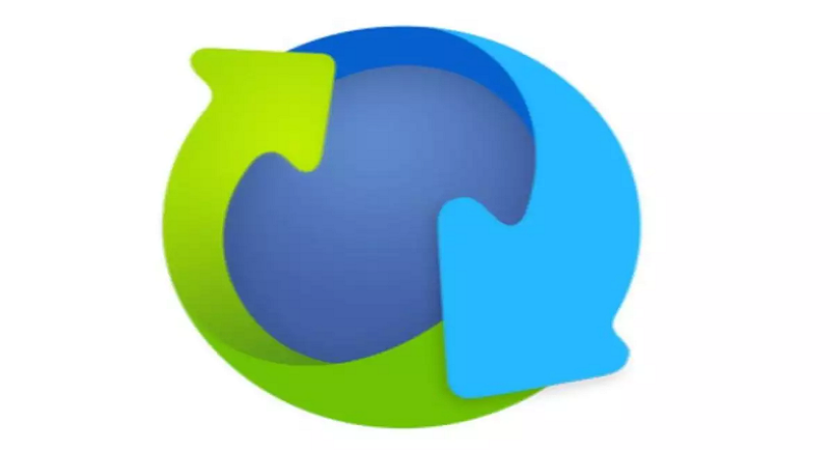 With the world turning into a global village, communication has been made easier. Now, people can connect to their near and dear ones living in faraway places with a few clicks. One such app that has made communication easier is WeSync. It’s a freely accessible app, which has a plethora of features to make the interaction between people easier. However, you must be knowing that WeSync has been recently banned by the Indian government. In this article, we would talk about the reason behind its ban and its various alternatives that people can use to communicate with others.

What is the WeSync app?

As we already told, WeSync is a Chinese developed chat app. It can be used by people of all ages. It enables people to connect to others which just a few clicks. Like all other apps, it makes communication fun and enjoyable process. The app can easily be operated by adults too. With its easy interface and convenient features, anyone can share content and video and voice call others.

Why is it banned?

Recently, the Indian government has banned 59 Chinese apps in India. One of those apps is WeSync. WeSync has been reported to be violating the guidelines and engaging in unfair practices. Furthermore, it has also been found to put the security and privacy of millions of users at stake. Hence, keeping in mind the safety of Indian citizens, the central government has banned 59 Chinese apps including WeSync.

In this global pandemic crisis, staying in touch with people is of utmost importance. With everything turning to digital means, even people have opted for virtual communication. In such circumstances, the ban on the WeSync app is unfortunate. However, to help people connect to others, we have brought a list of similar chat apps like WeSync, that are equally functional and helpful. Let’s see each of these apps in detail.

A major communications platform popularly preferred nowadays is Google hangouts. Here, users can enjoy services like instant voice calls, messaging, video calls, etc. Both android and iOS users can access this app for free. All your chats are saved unless you decide to delete them. Also, you can sync your Google hangouts account with your Google account, and save chats and media there.

There’s a private Google+ album where all your shared photos are saved. The latest version has allowed users to use stickers and emojis while messaging others. The app enables HD video calls, video conferencing, intelligent muting, auto screen focus, built-in screen sharing, and whatnot. Users are sure to enjoy a satisfactory and fun experience using hangouts.

Telegram is a mother instant messaging app similar to hangouts. Besides including the basic features of a chat app like sharing texts, videos, gifs, video calls, and voice calls it also has some advanced features like AES encryption, RSA encryption, and Diffie Hellman secure key exchange. Hence, Telegram is one of the most secure chat apps available in recent times.

Users can use this to interact with their people without worrying about their safety. You will be astonished to find out that Telegram allows users to create groups having 10,000 participants. Also, it provides a range of photo or video editing tools. And the best part about Telegram is that all these advanced features are available for free!

Another chatting app a lot of people find convenient is Signal. Needless to say, users can enjoy basic communicating features like messaging, including video, texts, GIFs, etc. Signal even allows users to send normal text messages. The app tries its best to ensure the privacy of its users and hence provides end to end encryption. Not only does it provides security to the messages sent in Signal but also makes sure that none of the servers has any access to the sender’s or receiver’s file.

All communications are end to end encrypted in Signal. The signal is a freely accessible app that can be used by Android, iOS, Mac OS, and Windows users. It’s extremely handy and comes with an easy interface. Communication with your people has become even easier ever since it was launched. Like all other chat apps, this tool allows users to send texts, voice recordings, PDF and word document files, GIFs, videos, and whatnot.

The wire is another alternative you can look up to. It permits people to video call or voice call up to 4 people at one time. This app provides a virtual space feature, allowing people to understand voice directionality. A good thing about this app is that it adapts to varied network conditions. People can send texts, GIFs, documents, videos, etc. just like the other messaging apps allow. The wire is best suited for business professionals and experts.

Though it offers all basic features which a normal chat app provides, it has better and advanced features that enhance the communication and team’s productivity. One can communicate via both group and private conversations, delete messages, and block a contact. Also, you get a conference call option, which lets you arrange for conferences on the phone. You can even invite people to Wire for participating in your conferences.

If you are in search of a messaging app that would equally operate as a social media app, come to LINE. Similar to other chat apps, LINE too offers the basic communication facilities like sending text messages, video calling, voice calling, sending videos, etc. Also, it allows multimedia transfer among people. The surprising part about this is it has a timeline much like Facebook where updates from various contacts are received. You have your feed in this app, where’ you can share, post, and comment anything of your choice.

You can even share your live location on your feed. This particular feature of LINE has set it different from the rest of the chat apps. Using this platform, you can even follow your favourite celebrities. Similar to other apps, LINE also offers a plethora of stickers and emojis which you can use while texting. You don’t have to worry about your security since LINE makes sure that all your chats and conversations are end to end encrypted.

One of the most used  WeSync explorer Indian alternatives is WhatsApp. There is hardly anyone who isn’t acquainted with using this app. Out of all WeSync alternatives, this is the most convenient of them all. You can group video call up to 50 people at the same time. This app even allows you to enjoy group voice calls. People can share videos, images, and links of any content on their status, which remains for 24 hours unless you delete it early.

The best part is this app has really worked on enhancing its security level and now, WhatsApp is an end to end encrypted, meaning that nobody in between, not even WhatsApp can see or view your conversations except the sender and the receiver. Besides that, WhatsApp also has a built-in camera where you can click pictures directly and send it to your selected contacts.

One of the most preferred WeSync explorer alternatives is Facebook Messenger. It’s quite an old chat app as compared to the others. It is best for sharing instant photos, videos, GIFs, recordings, voice texts, etc. You can even form groups and video call everyone. The app is easily accessible to Android and iOS users and freely downloadable as well. It can be used from too. You simply download this app and connect it to your Facebook account. That’s all. Even if you have uninstalled Facebook or deactivated your Facebook account, you can still use Messenger for communicating with your friends.

The best thing is the app can sync with your phone’s contacts and your Facebook friend list. So everyone who uses Messenger is shown. Also, if you aren’t using Facebook, you can still view other people’s statutes from Messenger. The updated version of this app even allows users to share their live location using GPS technology.

Another free chat app that allows users to make calls, send pictures, texts, videos, etc. is Viber. People can access it from the web and mobile devices, thus making it more convenient to connect to people. As per studies, Viber is used by more than 300 million people. This shows how useful this app has been for people. Also, downloading this app is easy. Users can download it easily from their phones or computer using their contact numbers.

Now users can create an account accordingly and enjoy communicating with their friends. To verify your account, Viber would send a message to your phone number either via SMS or email. Once the verification is over, Viber allows you to make video calls to more than 200 participants. You can even block a participant and share your live location as and when required.

Specially designed for Android phones IMO is a free chatting app. Similar to other chat apps, it allows users you to make video and voice calls to multiple participants. You can interact with other users, see their status, watch live streams, and share your stories with your contacts. However, IMO doesn’t provide any added feature which the other chat apps don’t provide. It has been in use for a long time and people have found it extremely reliable.

Installing and using IMO is extremely easy. It can be easily downloaded from the Google play store. Once installed, you have to register with your phone number. It would verify your number and ask you to create an account. Then the app would ask for permission to access your phone, contacts, gallery, and images.

Snapchat is a recently developed app which is a great way to stay in touch with your family and friends. It’s an interactive multimedia texting platform. Users can share their recorded videos and events or share them live from their accounts. However, if you are sharing a video it would automatically disappear after 24 hours. Snapchat even allows you to change your privacy settings and restrict some selected friends from viewing your story. It’s extremely easy to put up snap stories. All you have to do is click a snap, add a few filters, stickers and post it. You can even write something on it.

Snapchat even allows you to cut a long video short. In other words, it allows you to crop the videos. Snapchat allows you to share short stories, live video chatting, create Bitmojis, and create Snapchat stories chronologically. People can send texts, GIFs, videos, boomerangs, and everything to each other.

Have you tried any of these WeSync alternatives? If not, install them soon and have a great chatting experience. Not only can you chat, but we have also already mentioned that they offer a plethora of services to users making it more convenient for them to connect with their near and dear ones. The best part of these apps is that users can access them for free!

Are these apps accessible for free?

Yes, all the chat apps we mentioned in this article are available for free. Users can easily download them from Google play store or PlayStation.

Will these alternatives be banned?

There aren’t any chances of these alternatives being banned because of none of the above-mentioned ones in Chinese. These apps are secured and don’t put users’ information at stake.

Are these apps all similar?

Yes, all these apps are chat apps. Hence, they offer similar services like sharing media, video call, voice call. Some apps have more features than the rest. With every passing day, newer apps are being developed which offer advanced features to users.

What are the most popular WeSync explorer alternatives?

The most popular alternatives of WeSync are WhatsApp, Instagram, Messenger. However, apart from these, other functional apps offer similar services.

Can both Android and iOS users access these chat apps?

Keeping in mind the convenience of the users, all these apps are accessible to iOS and Android users.