Home
Internet
Are You A Gamer Planning To Develop A Game? Here Are The Set Of Skills You Need 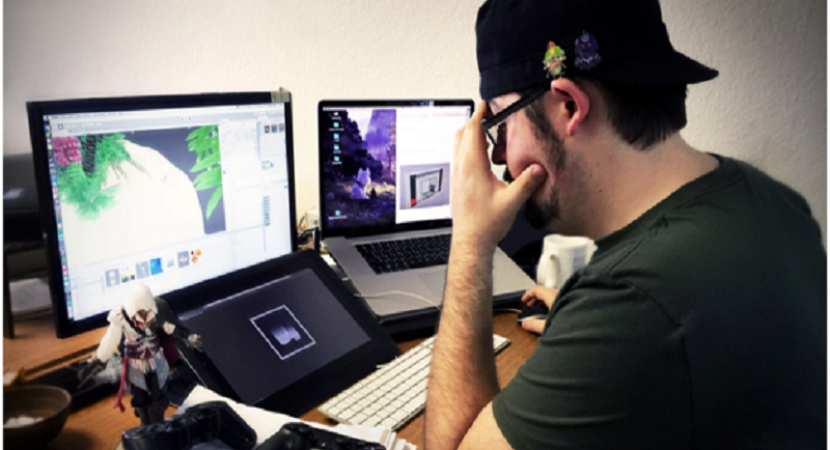 The gaming industry has been valued at billions of dollars over the last few years. It is higher than the music, movies and the TV industry combined. Initially, the release of GTA V garnered a lot of attention. Over time, their attention shifted to mobile gaming after the release of PUBG Mobile.

Currently, smartphone gaming companies are earning revenues in billions as well. It is because smartphones are no longer a luxurious commodity. Hence, smartphone games are more accessible and playable compared to other forms of gaming. Therefore, becoming a smartphone game developer is a very lucrative career option at the moment.

Top Skills You Need to Become a Game Developer

Each game comes into being with the birth of an idea. It can be a simple digital version of the Ludo game or a more complex game like Call of Duty: Mobile. However, the creation process is the same for both. This includes the following –

After following the above creation process, the final release phase demands additional skills. Game development is not only a lengthy process, but it can be a costly process too. The most complex games take months or even years to build.

These skills are an extension of the game creation process. It deals with choosing the best software combination and programming languages to create the game. Currently, Unity and Unreal Engine are the most used software for game development. However, you can start with Unity as it is free software as long as you’re earning below $100,000 per year.

Accordingly, you can start learning programming languages like C# or Java for Android and Swift or Objective C for iOS. Finally, you have to learn graphic designing to create sprites and design elements for the game. You can do this in Photoshop or any other image editing tool. However, you need to use Blender, 3DS Max, or Maya to create 3D elements. Out of these, Blender is free software without a royalty fee.

Hence, you can start game development via Unity and Blender as they are free software. Accordingly, you can begin focusing on tapping the Android market as it is more widespread than iOS.

All types of software and games face various glitches and errors in coding. No developer can create an error-free product right off the bat. Therefore, you need to test your competition again and again.

As a beginner, you will face many hurdles and challenges along the way. Most of them can be handled by researching online communities or watching tutorials on YouTube. Debugging is an essential part of problem-solving skills as it ensures the smooth operation of the game.

As mentioned earlier, game development is a very lengthy process. Therefore, it is only viable to monetize it to cover the costs and initial investment. Over time, it can help you to make huge profits as well.

Depending on the type of game, there are mainly three types of monetization strategies –

It is the most common form of monetization strategy. Here, you can invoke an ad after each level or stage. You can also invite users to watch ads in return for coins or credits to buy in-game items. However, make sure that the ads are related to the target audience.

Another way to monetize your game is by introducing special items that can be bought by the players. These include skin, cosmetic items, and even coins. Make sure not to make the things advantageous towards gameplay as it will invite bad reviews.

Finally, you can offer your game as a demo or a free trial. Generally, this strategy is adopted by story-driven games. They will provide the first few chapters for free and ask for payment to unlock the rest. For the most part, it is not as effective as the other forms of monetization. Many players will be reluctant to buy the premium version if they do not understand the gameplay in the first few levels.

Marketing and advertising is the most challenging step in the game development process. There are thousands of apps and games in the App Store, with new ones released now and then.

Also, make sure that you work out a budget beforehand. Advertising costs a lot of money, and it would be useless if there’s no turnover value. However, you can also outsource the marketing process if you have enough money.

Finally, game developers should also have the skill to understand and analyze data. It includes understanding the total number of downloads, app ratings, and reviews, and the average time spent playing games.

Apart from that, it is essential to understand insights from advertising and promotion. It is also necessary to understand the latest trends to customize your games accordingly.

To summarise, game development is a lengthy but rewarding career. Most popular games like Angry Birds and Clash of Clans are valued at millions of dollars. Therefore, developers need to have a combination of such skills mentioned above to release their game successfully.

Although coding is easy, many gamers may face problems with designing. Not everyone has the proper knowledge for colour-grading, artwork or just drawing. It takes a lot of time to create original art. However, it is easier for simple games like the ludo apps since they have a single colour code with minimal shadow-work. In such cases, you can easily outsource the design part to graphic designers. It may cost you money, but high graphics is an important selling point for most games.