Home
Apps
TikTok Banned: Which is the Best alternative of TikTok 2021? 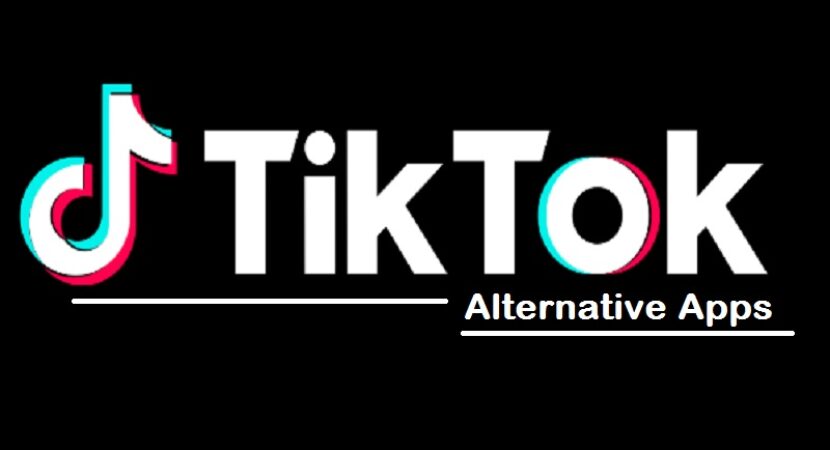 TikTok saw about 16 million application downloads in June. There are currently about 200 million active users on the platform. The ban in India has indeed impacted the user count at a significant level. It is one of the largest social media networks in India. It became a huge hit among the audience with its lip-sync feature to short video clippings. Applications like Dubsmash initially hit the chord of the audience.

Why did TikTok get banned?

In the latest news, we can witness that the Indian government has banned TikTok along with 58 other applications based out of China. The Government stating reasons like sovereignty and defense has filed requests with the app stores and play stores to pull down those applications. The question of is TikTok banned in India 2021 became one of the highly searched in recent times.

TikTok is a Chinese social networking platform held by one of the top Internet technology companies in China. It is used for creating short videos, lip-sync, and other kinds of videos where you can express your talent in acting. There had been a lot of instances where some had gotten famous by registering in applications like TikTok. Some even bagged roles in films. A lot of TikTok users feel that this application is very entertaining and a lot of people use it for time pass.

Tiktok banned in India took the ardent TikTok users by shock. All the TikTok fans out there are unhappy with the fact that TikTok has been banned. Nevertheless, there are some of the best alternatives to TikTok you need to be aware of. As the answer to is TikTok banned in India now 2021 turned out to be yes, you need to equip your knowledge with some of the best applications in the market.

Moj by Sharechat is seen as a significant TikTok alternative Indian app. A lot of marketing for the application is done to create a wider reach. The effect is relevant in a large number of downloads within a very short period. Moj is seen as one of the trending applications in India. One can find about 15 regional languages hosted on these platforms. The application doesn’t target the urban audience alone, even the rural audience can make full use of it. The application has garnered more than 1 million downloads in less than one week. The app has received almost 4000 reviews with a 4.1-star rating. The application part from providing a platform to the new users has also paved the way for the TikTokers.

Mitron translates to Friend. It is seen as a rival to TikTok in India. The short video sharing and social platform is the brainchild of a startup based out of Bengaluru. The users can showcase their humour and innovation in these platforms. They can post short videos and lip-sync to the famous songs and dialogues of their favorite film stars. A seamless platform is provided by this application where one can post their videos as well as browse through videos from any part of the world. Without a second thought, one can say that this application is a significant TikTok similar to apps made in India. The application has reached around 1.7 crore downloads in a very short period. Based on the funding received, some more money is pumped into the development team for meeting customer requirements.

Chingari is one of the best TikTok competitors. The application was released by a Bengaluru based startup. A very small team worked tirelessly to bring this application to life. Within a very short period, the application has been downloaded more than 2.5 million times. This application has been developed keeping in mind how TikTok gains attention from its viewers via its fan base. Also, extra features have been added to the application. Instagram kinds of applications are used to document the static images whereas video sharing applications like Chingari are used to document the dynamic portions of everyday life. There are features in Chingari using which one can share news and any other kind of entertainment options.

Bolo India is taken as an example of a digital strike in the digital domain of applications. If you look out for apps like TikTok made in India, then Bolo Indya tops the list. The application that aids in video sharing is not just limited to entertainment, but extends to edutainment as well. The kind of reception the application has obtained within a very short period owes to the fact that the application has been tweeted by the Ministry of Information Technology, Government of India. One can follow video content on this application based on their likes. All the videos posted from any corner of the world are categorized into different categories. Technological aspects like Data Analytics have been embedded in the working of the application that yields better results.

Even before TikTok captured the huge market base in India, it was Dubsmash that took the forefront. Dubsmash is based out of Germany. The application became instantly famous all over the country as it didn’t have any sort of technical glitches in it. The application never had too many ads that disturb the user. The content was available in many regional languages. The application was integrated with a lot of other social media networking sites that after recording a video on Dubsmash, the user shared it across different accounts on social media networking sites. Dubsmash was one of its kind and a lot of celebrities even used it. Once the ban on TikTok was announced, the immediate application that received too much attention in the video-sharing category is Dubsmash.

Roposo is a video sharing application released by a tech firm based out of Gurugram, India. It is mentioned more or less like the TikTok app made in India. The application is the brainchild of three IIT Delhi alumni. There is a lot to Roposo when compared to the other video sharing applications. Videos of the length of more than 15 seconds can be recorded in the app. It provides a TV-like experience where different channels are created for various categories of content. There is an option to even buy and sell across the Roposo application. There has been an instance where the application was featured in one of the news released by Apple Inc., The application initially began as a fashion networking domain where content on different topics was posted. Once TikTok was banned, this application saw a sudden increase in the number of users.

Smule is an application where the users can record songs and post them online. The application has the tunes and lyrics of over a million songs in different languages all across the globe. Those who are interested in singing can make use of this application, record songs, and then post them. One can either use this application for recording solo songs or they can collaborate with others who are interested in singing and post songs together. Certain extra features added to the application makes it very interesting to use. If you feel that your voice has glitches in certain areas, then you can use the autotune feature. There is a live option provided where you can attract the audience by going live. A lot of video filters and other kinds of emojis are used extensively in this application.

Mustar is a video sharing application from a company based out of Russia. Using this application, one can share a lot of videos with your social networking sites. The application is best suited for the import and export of video. A lot of trending audio and videos are uploaded on to this site. You can either lip-sync to the music or make a dance video out of it by dancing to the tunes. A lot of tutorials have been provided using which one can edit, share, and upload a lot of videos. The application is very kid-friendly. One can either cut/trim the videos by making use of this Mustar. If you are looking for applications that are best suited for creating Vlogs, then Mustar is undoubtedly one of the best options.

Triller is yet another video-sharing application that became instantly famous in a very short period with the ban of TikTok. One can lip sync to the various audio files posted on to the application. This application is more or less similar in working to that of TikTok but it has a lot of advanced features. There is an auto edit feature induced in these applications where one need not edit manually, but make use of this option. The application is highly sophisticated. Apart from the collaboration feature, one can create their community via this app.

The applications mentioned above are in no way lesser in quality to that of the Chinese applications. You need to use them once to check the quality and you would feel more addicted to these applications more than TikTok. As soon as the news came out those Chinese apps like TikTok are banned in India, a lot of people came up with lots of doubts regarding the ban.

Is it the first time Chinese apps like TikTok are being banned in India?

No. This is not the first time TikTok is being banned in India. A year back, based on an order passed by the Madras High Court, the application was pulled down for a certain duration of time. Later, it was revoked. The reason being pornographic and other sleazy content being circulated all over the internet.

How far the ban has impacted Chinese apps?

All the applications listed down by the Government of India has been removed from the play stores and the app stores. All the content in the Indian servers has already been removed. Developer support is not being provided to the application so the users cannot post content on these applications.

Are there any substitutes for TikTok?

The ban on TikTok has led to the spurge in applications like TikTok from the Startup ecosystem of India. Within a few hours of the TikTok ban, the German-based video snap application Dubsmash witnessed a spike in downloads. There are a lot of other similar applications gaining attention.

Is the ban permanent?

One cannot say if the ban would be permanent. As the ban is seen as a move to tackle the intrusion by the Chinese army personnel, one cannot say if this would prolong. One has to wait for orders from the Government of India.

Will the apps be permanently deleted from your phones?

Unless or until you permanently remove those apps from your phones, it won’t be removed manually. It is not safe to have the applications on your phone that are banned. These applications are prone to a lot of cybersecurity attacks due to the usage of the older version.