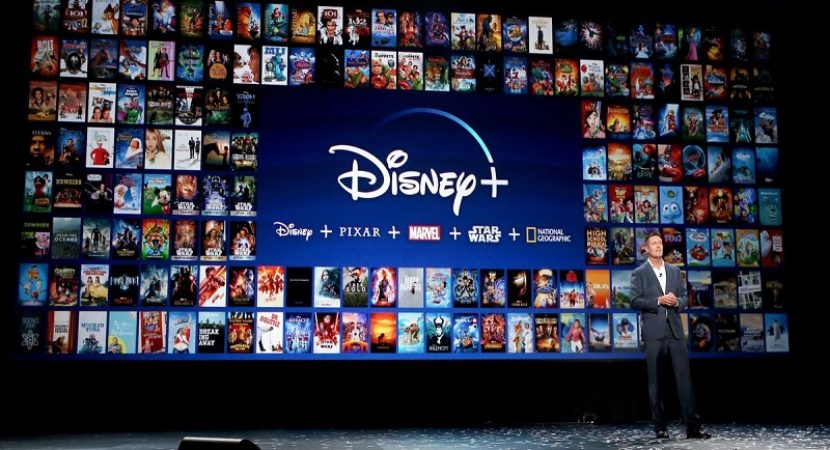 Nowadays, we are using many online streaming services like Netflix, HBO, Apple TV Plus, and Amazon Prime. Now, Disney announces its new upcoming streaming service called “DISNEY PLUS” in D23 Expo and enters in the streaming world. Disney is calling it the future of the company and also calling the entertainment giant of upcoming streaming services. Yes, you heard true. Disney provides their blockbuster movies and series through Disney Plus, and that famous blockbuster movies and series are Star Wars, Marvel and Pixar movies and more. For Example, Avengers: Endgame will be available to stream on Dec 1st. As I tell you, that Disney Plans for six new original series for the streaming service and that series are, Star Wars Obi-Wan Kenobi series with Ewan McGregor reprising his role, three new live-action Marvel shows based on the characters Ms. Marvel, Moon Knight and She-Hulk; an “unscripted” short-form series Muppets and a Lizzie McGuire revival with Hilary Duff playing the role she originated as a teen. Disney plus provide many new features like all subscribers access to four simultaneous streams and 4K and HDR high-quality video. There is another feature of that subscriber can also create seven profiles, so seven people can use a single account.

Now Disney plus is the biggest competitor for Netflix, but there is the difference between streaming service of both of them. Netflix is releasing episodes of its original series all at once, and Disney will release the episodes weekly. The plus point for Disney is that they have a huge library of Disney’s and Fox’s legacy content and collection of exclusive TV shows, movies, documentaries, and shorts. And for Marketing and get more customers Disney give big surprises related to prices for streaming service. As I tell you that Disney is the biggest competitor for Netflix, so they will give service at $7 per month in the US. It is the half price of HBO Now and a big discount compared with Netflix. And there will be another big discount offer for super fans who are attending the D23 Conference and D23 fan-club members. They will able to sign up for a “Founders Circle” offer that cuts $23 off the annual price if you commit to a three-year subscription. That works out to be $140.97 total or the equivalent of $3.92 a month. The offer is available to D23 expo attendees physically at the event that runs Aug 23 through Aug 25, and it’ll be extended online until Sept 2 for D23 fan-club members.

So here we know that if you are the subscriber of Disney plus, then you will be able to watch movies, series, shows, biographies and more. And you can watch other streaming services of Disney call “Hulu and sports.” This streaming service is for sports and other games, it will run on the same tech platform so that you can subscribe to them with the same password. For a grown-up, Hulu will stream a new animated series of Marvel. Disney owns the fox, so the movies of fox studio will stream on the Hulu. The famous movie of fox studio, Deadpool will stream on it first. Hulu will continue to stream content from three of the broadcast networks, as well as its own original series, like The Handmaid’s Tale and Castle Rock.

Disney Plus will launch on different dates in different countries. Disney Plus will launch in US, Canada, And The Netherlands on Nov.12, and after a week later launch in Australia and New Zealand on Nov.19. The timing is strategically smart because Disney’s all big-budget films being released for the holiday season. Frozen-2 will release on Nov.22 and Star Wars. The Rise of Skywalker is also releasing on Dec. 20. Disney Plus is a paid subscription without any advertising so you can enjoy your movie series and shows without any stoppage. There are many movies of Disney studio that you can watch exclusively on Disney plus. The name of some movies of Disney that you can watch on the stream are as follow: