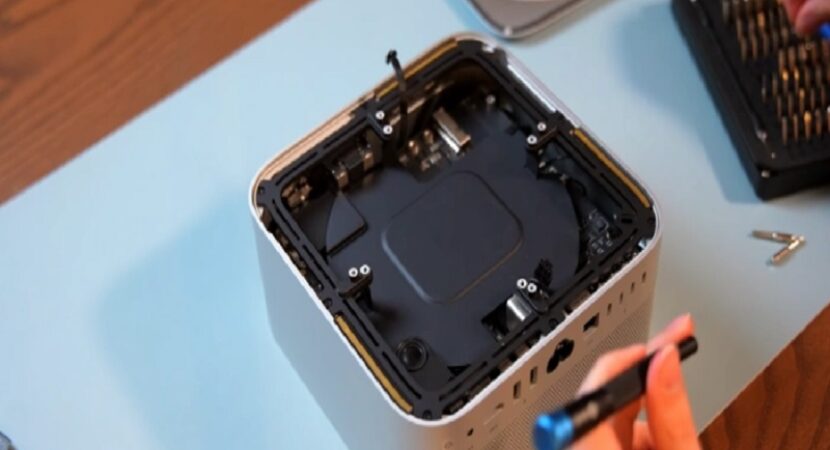 Yesterday we saw a video of the new Mac Studio storage being taken apart, the device was taken apart by the guys from Max Tech.

The previously discovered that the new Mac Studio storage had an extra SSD slot, which may be user upgradeable.

Now Luke Miani has decided to take apart two Mac Studio computers to see if he can use the SSD from the second one to upgrade the storage in the first one. Let’s find out if this is possible or if Apple technicians are the only ones who can replace the storage.

As we can see from the video, when the second SSD is installed into the Mac Studio the Mac does not like it and does not appear to work.

The original SSD was then swapped over the second slot and the device would not boot, so the second SSD slot does not appear to be bootable.

So it looks like Apple has blocked the second SSD slot in these devices with software or firmware or something to stop the second slot from being user upgradeable. It is not clear as yet whether Apple will allow users to upgrade the SSD on these new Macs in the future.