Home
Apps
Your Favourite Likee is banned: Here Are Some Other apps like Likee 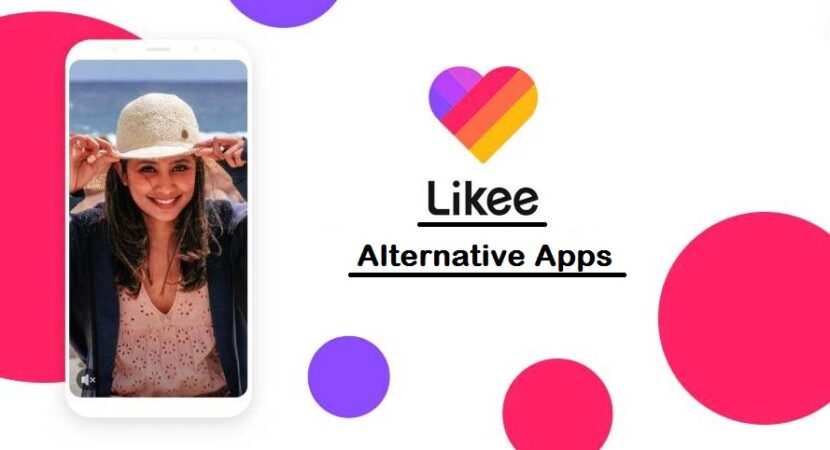 Downloaded by millions of users, the Likee app was one of the well-known video-making apps available in India. However, recently the Indian government decided to ban this app, including 58 more apps. The government had to take this decision because it was discovered that all these China made apps are a threat to the country’s sovereignty and privacy.

It was later found out that this app was accumulating all the information from the users and then leaking it to its sources which are said to be out of India. Thus, to safeguard the private details of 130 crore users in India, the government had to take such a decision. Since this app cannot be used anymore, the users have to find themselves a choice. So, users of the Likee app don’t need to worry anymore as we have come up with several video-making apps that can be used as a perfect substitute for the Likee app. The best part being, some of them are known to function far better than the Likee app.

For the ones who are in search for the best alternative for the Likee video, this post is going to be of great help. This post is going to deal with some of the famous short video-making apps which you can use safely. We will also mention some apps that are made in India and by downloading them you can enjoy the videos as much as you enjoyed the Likee app videos. We highly recommend you to download these apps since it will be a great support for the developers of Indian apps.

What is Likee App?

Before we proceed to the alternatives, let us have to know some more regarding the likee magic app download which has been forbidding in the country lately.

Likee app, earlier known as LIKE is a short video making an app that was created by JOYY, a China-based company that was enlisted on the NASDAQ. The creator of this app is Jason Hu, who earlier served for JOYY. This app is popular in a large number of countries, including Pakistan, China, Singapore, and India. But, in India, it cannot be downloaded or used anymore because of the ban that the government has recently imposed on it.

This app was founded in July 2017 and since then was available to download for both android as well as IOS users. Back in 2017, it was also ranked as one amongst the top entertainment apps on Google Play. This app needed no subscription and was free for download by the users. It is a small-sized app because of which it didn’t occupy much space in mobile phones. This feature makes it more ideal to be used for the mobile phone users than the Likee app download for PC. This app offered a lot of exciting features such as enabling the users to make and edit their videos by making use of different types of effects related to augmented reality.

Why is the Likee App banned?

Alike many other video-making apps, the Likee app video also recently been banned by international tech marketers. The reason behind the ban is the privacy issue and irrelevant content possessed by this app. Many people have claimed it to be exposing kids to sexual molesters. Because of such claims, this app added a new feature named ‘Enable Parental Controls ‘which allowed parents to limit the accessibility of their kids to the content on Likee app.

This app was considered a threat to the security policies of the country because of which the government prohibited it from functioning in India in June 2021. 58 more apps along with this were banned in the country.

Top 10 alternatives to the Likee App

It is time for the Likee video app users to stop feeling bored as we are here with some very exciting alternatives for the app and all of these are sure to entertain you equally. The apps which we are going to mention below are even better than the Likee app and have a lot of added features. Being a responsible citizen of India, it is expected that you will abide by the norms of the Indian government and respect its decision.

Take a glimpse of the list, which starts here:

The first option we have is Roposo which has been created by Glance Pte. Ltd based in Gurugram. It was founded long back in 2013 but released in June 2021. However, it was released initially in 2014 but couldn’t gain much stability back then. The users can operate this app in 15 different languages. Both IOS as well as Android smartphone users can run this app. Although, the Android version is of a very minimal size the IOS version is quite bigger. It has already acquired nearly 85 million users and is growing further. Roposo is a platform on which the users can post videos of all types including fashion, travel, lifestyle, music, etc.

Second, on the list, we have Chingari, which is also a short video making app. This app was created by two programmers namely, Siddharth Gautam and Biswatma Nayak who are from Bangalore. In November 2018, the app was released for the first time for the Android operating system, and for the IOS operating system, it’s released in January 2019. Alike TikTok, this app also allows the users to watch or post videos and enjoy streaming. You can download it for free from the Google play store of the App Store. One more feature of this app is that it comes in numerous languages such as Marathi, Hindi, Telugu, Malayalam, Tamil, Bangla and Gujarati, and English.

Next, we have the Mitron app which is also an application used for filming short videos. The user interface of this app is quite similar to that of its competitor TikTok. It allows the users to make videos of a 15-second duration in which they can present their talent or develop comic content. The ratings and reviews of this app on the Google play store are good enough, but some of the users have claimed that the app still needs a lot of bug fixes. As of now, the Mitron app can be downloaded only from the google play store since the IOS edition of the app has not been launched yet. The size of this app is 8MB which is quite small.

This app that we are going to talk about next is the Bolo Indya app which was developed in Gurgaon. It is a video-sharing app which lets the user make videos in eight different Indian languages including Tamil, Telugu, Hindi, Bengali, Malayalam, Marathi, Gujarati and Kannada. Apart from letting the users share their videos, the app also keeps posting informative videos with the users. It is an app that is completely made in India and is safe to use. For now, only Android users can download this app to their smartphone because it is not available for the IOS yet.

This app is as funny as the name itself. It is a video app that can be downloaded to your phone free of cost. It provides users access to a wide range of tools used for editing videos and many additional features such as boomerangs, puzzle videos as well as superzooms which you can try while making your videos. It comes with a very simple user interface. It allows the users to watch videos in their own desired language and the videos can get directly posted on the WhatsApp story as well.

This is another great app where you can find a daily dose of entertainment in the form of funny videos. You can also share the videos you like to other media accounts. You can swipe up and down to swap between videos. The app also lets you download the videos which you like so that you can watch them later. On this app, you can find different categories of videos including the ones that are highly trending.

Earlier known as Biugo, this app was made in Brazil. You can find instant filmed short funny videos on this app. The videos available on this app are quite lively. If you are looking for a single app where you can find all types of videos such as news videos, lifestyle videos, music videos at a single platform, then Noizz is the most ideal option for you. It provides personalized video streaming facilities to the users.

The Boo app lets you arrange your images sequentially and transform them into attractive videos in a short period. For the ones who are looking for an app to create videos according to your choice, Boo can be the ideal app. On the Boo app, users can discover unlimited video templates and create videos such as birthday videos, anniversary videos, cooking videos, etc. Once you are done creating the video you can export and save it to your phone.

If you are looking for a short video app where you can talk about anything without being judged, just try this app. The name of the app has been derived from the word sizzle reel, the meaning of which is a short marketing video. There are many reasons because of which this app stands apart from the rest out of which the most important one is the ‘ no filters ‘ feature which makes the users satisfied.

This app is one of the most popular entertainment apps developed in Africa. It is an app which allows the users to create and share short funny videos basically for entertainment purpose. On this app, as soon as a user makes and posts a video, they can avail the option of sharing their video instantly on Instagram, Facebook, or WhatsApp story. You can also copy the link of your video and share it on various social media platforms.

Here we have talked about all the possible alternatives to the recently banned app, Likee. Many short video apps of Indian origin have been already downloaded by numerous users. Out of all those apps, 10 have been enlisted here. For more information regarding the apps mentioned here, you can search them on Google. However, as responsible citizens of the country, it is a must for all of us to respect the decision taken by our government. Thus, it is highly recommended to delete the Likee for like app download and not use any Chinese app which has been banned in our country since it can turn out to be highly hazardous to the security and sovereignty of the country.

Why is the Likee App banned in India?

Likee app along with 58 other China-based apps have been recently banned by the Indian government as they were found threatening to the security policies of the country. Thus, for the protection of the data of Indian citizens, this app has been banned in India.

What are some of the best short video-making apps of Indian origin?

Some of the best short video-making apps that have been created in India itself are Roposo, Chingari, Mitron, Bolo Indya, etc.

Are all these apps available for both IOS as well as Android?

As of now, not all of these apps are available for the IOS. But, all of them can be downloaded on any smartphone, which runs on the Android operating system.

Are these apps safe to use?

A handful of these apps are claimed to be a little unsafe by some users. But, the majority of them are safe and reliable to be used. However, we highly recommend you check the reviews and ratings of the app before downloading it from the google play store or app store.