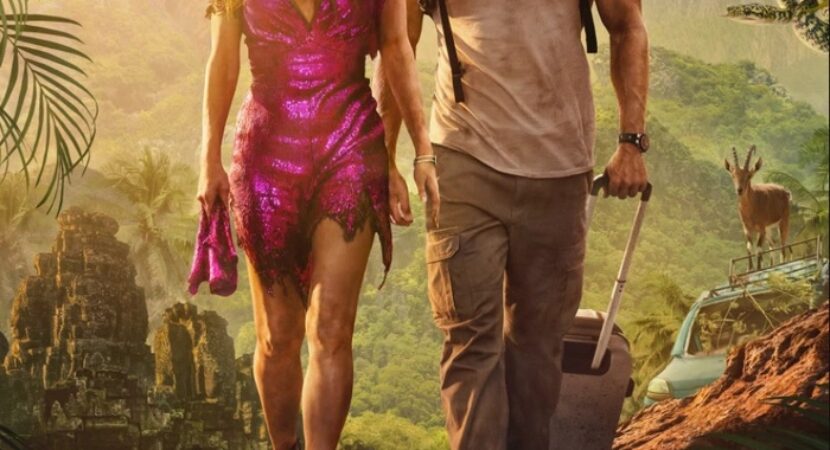 Paramount Pictures has released a new trailer for their 2022 release, The Lost City. It will premiere in March and be available to view on March 25, 2022. The romantic action comedy film will feature Sandra Bullock, Channing Tatum, Daniel Radcliffe, Da’Vine Joy Randolph, and Brad Pitt.

Produced by Aaron and Adam Nee, the film features Sandra Bullock is, a bestselling romance writer Loretta Sage. She is joined by Channing Tatum, who plays the model for the cover of Loretta’s novel The Lost City of D. The film also features Daniel Radcliffe, an eccentric billionaire, and international criminal. Brad Pitt stars as a CIA agent assigned to save Loretta.

The brilliant yet reclusive writer Loretta Sage (Sandra Bullock) has spent her entire career writing about exotic locales in her romantic-adventure books with a handsome cover models Alan (Channing Tatum), who has dedicated his life to portraying the hero of the story, “Dash.”

On the road to promoting her latest book with Alan, Loretta is kidnapped by a shrewd billionaire (Daniel Radcliffe) who believes she will lead him to the city’s treasure from her latest book. To show that he’s an actual hero and not only on the page of one of her novels, has Alan also set off to help Loretta. As they embark on an epic wilderness adventure, this unlikely couple will have to team up to outlast the elements and discover the treasure of the past before it is lost forever.