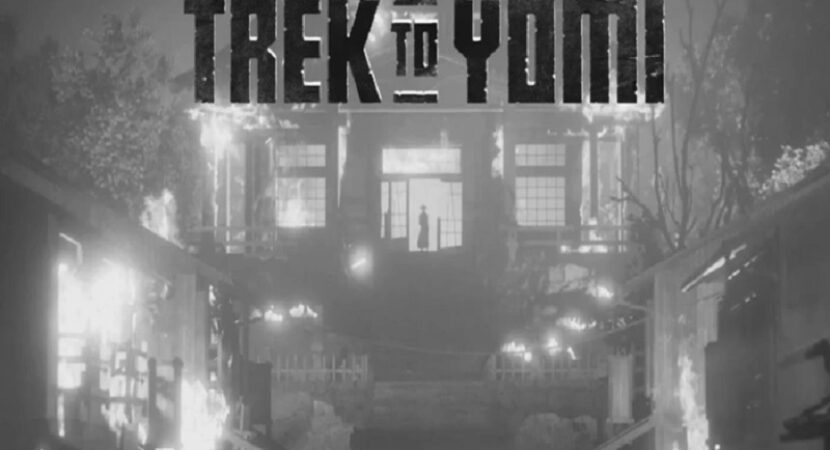 Trek to Yomi takes the form of a single player side scrolling, action game which will be published by Devolver Digital and is set in Japan in the Edo period. Players take on the role of a young warrior named Hiroki who embarks on a journey to confront the people responsible for the destruction of his village.

As a vow to his dying Master, the young swordsman Hiroki is sworn to protect his town and the people he loves against all threats. Faced with tragedy and bound to duty, the lone samurai must voyage beyond life and death to confront himself and decide his path forward.

Trek To Yomi’s Theme and Narrative:

Trek To Yomi’s theme and narrative are built upon two essential pillars: historical Japan and Shinto mythology. Shinto belief is that gods are present everywhere, they live in every rock, tree or flower, so part of our narrative dives deeper into this belief, telling short tales of our hero Hiroki’s kami ancestor spirits, the various eras of Japan they lived in, and the tragic, violent or otherwise undeserved deaths that mean they now endure a torturous half-life in Yomi. Often, these stories reflect Hiroki’s journey and his dilemmas – vignettes to aid him in his final decision about the path he will tread.

While there are many iconic scenes in the classic Samurai movies that inspired many of the decisions we made in terms of shot choice, I’m especially proud of the way the main town was built. The Dojo on top of the stairs overseeing the whole main setting, the village inside of the walls, and the outskirts with the fields around the main castle were all things that I wanted to include to give a very good sense of geography while subtly showing how the countryside towns worked at that time.

Trek to Yomi game – Watch this video on YouTube