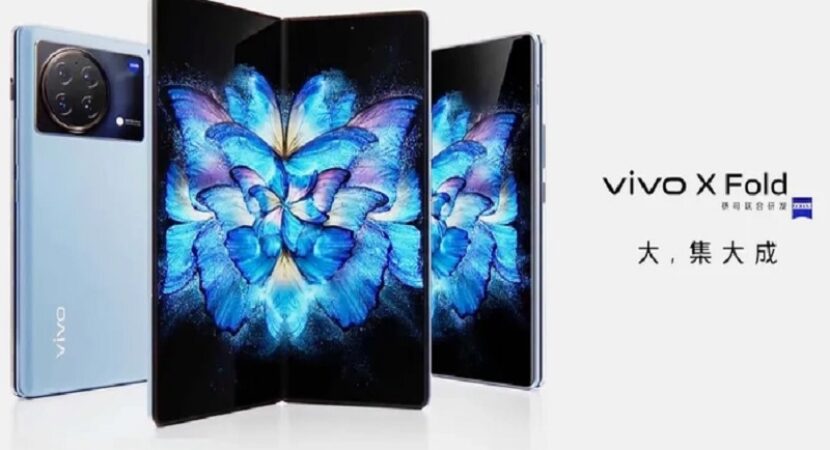 Vivo has this week unveiled its new folding phone in the form of the aptly named X Fold which will first be launching throughout China. Equipped with a large 8.03-inch folding screen sporting a layer of Ultra Thin Glass (UTG) produced by Schott – 120Hz LTPO OLED panel (2,160 x 1,916, E5, HDR10+, 4:3.55).

The folding phone can be opened at angles between 60 and 120° and the folding mechanism should be good for around 300,000 folds according to its creators.

Other features of the Vivo X Fold include a 4,600mAh battery, 50 megapixel main camera, 48 megapixel ultrawide lens with a 140° field of view and a 12 megapixel telephoto lens and finally an 8 megapixel 5x periscope camera for selfies and video calls.

The team over at Android Authority explain little more about what you can expect from the new folding phone and its pricing.

Much like the Galaxy Z Fold series, Vivo says the phone’s inside screen can be rotated between 60 degrees and 120 degrees like a laptop (enabling use-cases such as video calling and using the camera without a tripod or watching videos without propping the phone up against something). The company is also claiming that the inside screen has a crease-free design, although we’ll need to spend time with a review unit to figure out if that’s indeed the case.