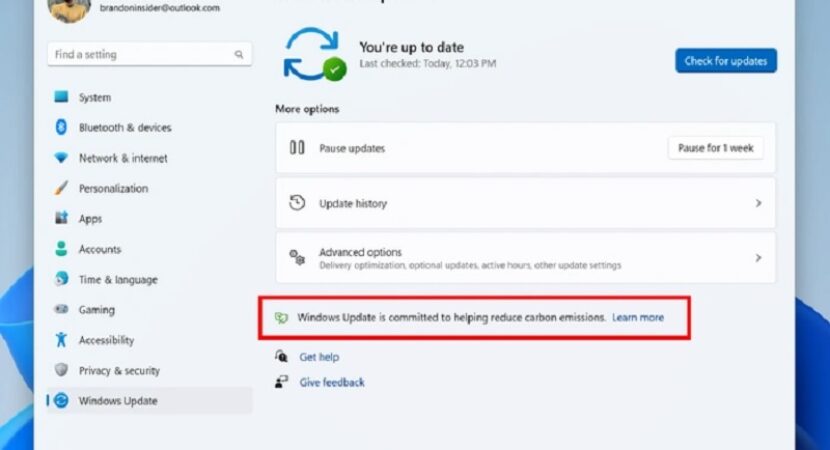 Microsoft has today announced the release of a new Windows 11 Insider Preview as version Build 22567, which is now been made available to the official Dev Channel.

The latest release includes fresh additions to the Windows Update service as well as improved subscription management settings for Microsoft 365 and more.

Recent Released: Apple has blocked sales in Russia at its online store

We’ve updated the “Open with” dialog to use the Windows 11 design principles, along with some other improvements.

We’ve expanded the rollouts for improvements to voice typing for all Windows Insiders in the Dev Channel.

As always, before submitting feedback check the known issues documented below.

We are aware of the request to release new ISOs; we plan to do so in the next few weeks.

“Windows Update will try to schedule update installations at specific times of day when doing so results in lower carbon emissions. Most electrical grids are powered by multiple sources, including renewables and fossil fuels. Whenever possible, Windows 11 will now prioritize installing updates in the background at times when greater amounts of clean energy sources (like wind, solar, and hydro) are available.

Users can always choose to install updates immediately by navigating to Settings > Windows Update and choosing “Check for Updates”. This feature will only be enabled when your PC is plugged-in and regional carbon intensity data is available from our partners electricityMap or WattTime. If enabled, users will see the text shown below on the Windows Update settings page. We’re still working on the content that the text links to – stay tuned for future updates.”