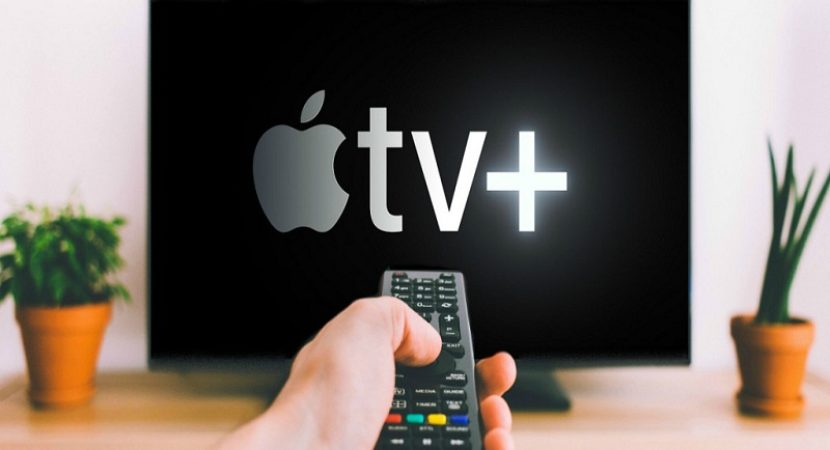 With Apple TV+, now apple introduce their new streaming service. CEO Tim Cook announced officially about apple TV Plus at apple’s special event on 25th March 2019, and also plans to launch Apple TV+ streaming service in November 2019. So now there is another competitor for Netflix, Amazon Prime, and others. Apple TV+ is a subscription service with only apple originals. Apple TV+ will offer an option of subscribing just like Amazon gives in their prime channels. Apple feature of its growing list of original TV shows and movies on apple TV+, so you can directly enjoy your movies and shows without any disturbance of ads. Apple TV+ is different from all products of the apple. This is the streaming app that you can get from the apple store, and have all the facilities of apple that they provide through apple TV+.Apple plans to launch Apple TV+ in over 100 countries. Let’s me tell you the features, price and other things of Apple TV Plus separately at down.

As I tell you, that Apple TV+ is the upcoming online streaming service. You can enjoy the movies, shows, and other things but especially Apple TV Plus service focuses exclusively on Apple’s own original programming. Apple TV+ also announces for a TV application to reach to several platforms, even including Fire TV but there is no information about it. Apple will also provide its service on Android or Windows. If the company is hoping to make these high-profile shows accessible to as big of an audience, then apple should think about Android and Window Users because that’s a huge hole. There are rumors that Apple is not (Yet) building full streaming service.

According to the announcement of Apple CEO Tim Cook, the streaming service APPLE TV+ will launch in November 2019. Firstly, they will launch APPLE TV PLUS in America, and after that, Apple plans to launch Apple TV+ in over 100 countries. Now I guess you have a question in your mind about the cost subscription of Apple TV Plus, so let me tell you that you should pay $9.99 per month to subscribe to Apple TV+. But there are rumors about the bundles of discount which Apple is planning to attract and get more customers. And maybe it is the challenge from apple to their competitor.

Apple pre-install the apple TV+ application on all iPhone, iPad, and Apple TV devices, so if you own an Apple device, then Apple will get free access to these productions in the Apple TV app. The streaming competitor of Apple TV+ have their own application for streaming, but Apple TV Plus haven’t had it yet, so there is no separate experience of streaming like Netflix and Amazon. There are many users who prefer to use streaming service on their browsers Firefox, Chrome, or Microsoft Edge, but Apple’s haven’t revealed anything about the Apple TV Plus for browser. Maybe we can see it in the future.

Let’s talk about features of the Apple TV+. There are many features that you have from apple, and I will tell you some of the best features like apple will deliver top-tier picture and audio quality for all Apple TV Channels. Another amazing feature is that you will able to share the access of Apple TV Channels with six other members of your family or your friends just like Netflix and Amazon Prime. You can also have an offline download feature in the apple TV+, so if you have a busy schedule, then you can download your favorite shows or movies with offline mode and enjoy them when you are free.

There are the name of some channels and the cost of those channels so you can easily choose and subscribe to your favorite channels.

Here, name of some shows (comedy, music, series, dramas, children’s program), and stars which casting in that show.

And the names of some famous reality shows that you can watch free on Apple TV are:

If you like any shows that telecast on those channels, then you’ll be able to watch that content directly inside the Apple TV app. The fantastic thing about Apple TV Application is that the apple also adds the content of sports, for example, if you are the sports lover, then you can directly watch live score and have all notification related game on Apple TV app.

After all of these, you can also understand that there is everything that you want to watch just like music, videos, biographies, reality shows, sports and more. So APPLE TV+ is useful from the age of the child to an older man. And Apple would not just sell movies, shows, and other things through APPLE TV+, they will also produce them.