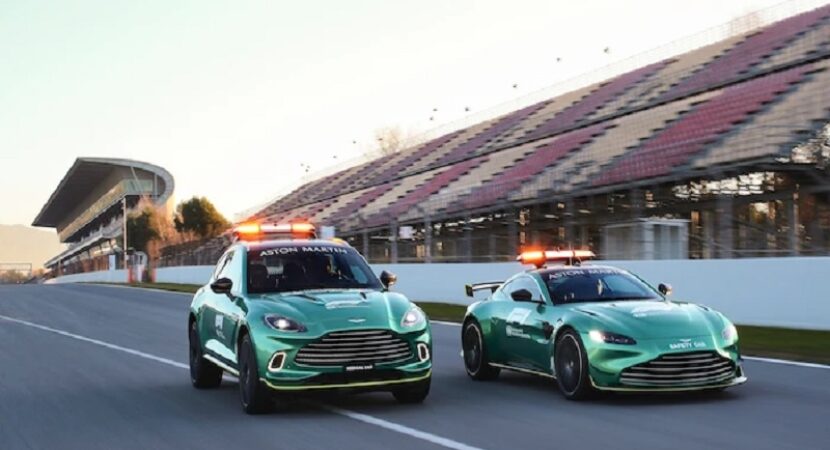 Aston Martin has announced that their DBX SUV is the official safety car of the 2022 Formula 1 season. The car will make its debut at the 2022 Australian Grand Prix in Melbourne which takes place from the 8th to the 10th of April.

Recent Released: A Mischief Of Magpies Prevented Researchers From Tracking Them

The Aston Martin cars will support 12 of this year’s F1® races, starting with the long-awaited return of Formula 1® to Albert Park in Melbourne. Both the specially prepared Vantage and DBX will run in the new 2022 Aston Martin Racing Green that was showcased at the launch of the Aston Martin Aramco Cognizant Formula OneTM Team’s challenger, the AMR22 on 10 February.

The Aston Martin Vantage Safety Car of 2021 inspired the Vantage F1® Edition, the fastest, most track-focused Vantage to date and the ultimate expression of performance and dynamism.

Driven by the FIA’s appointed driver, the vastly experienced Bernd Mayländer, the Official F1® Safety Car Vantage is one-of-a-kind, developed purely for this role by the engineering team at Aston Martin’s Headquarters in Gaydon, UK, in collaboration with the FIA, the governing body of world motorsport.

You can find out more details about the Aston Martin DBX and Vantage Safety cars for the 2022 Formula 1 at the link below.