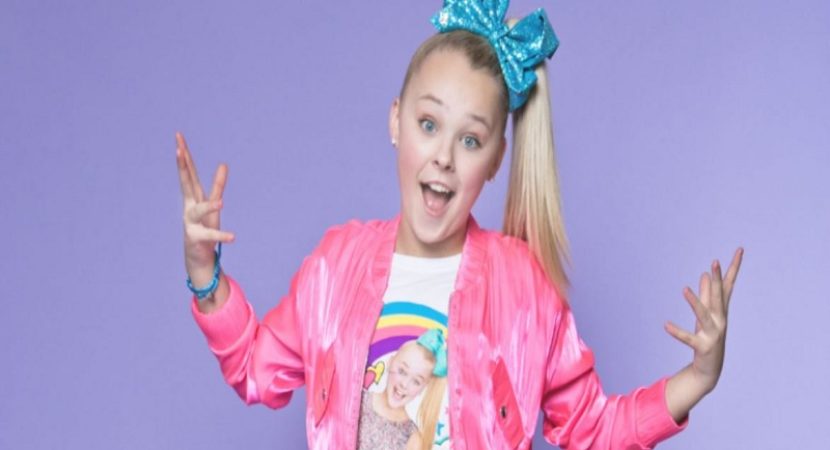 Celebrities are among the richest people in the world. They entertain people al around the globe and earn money through their hows and celebrity appearances. And for teen celebs, people always wonder how they can earn through different sources. JojoSiwa, the bubbly teenage star from nickelodeon, has already garnered a lot of speculation about her growing career and her assets. A lot of her fans want to know about JojoSiwa Net Worth and this article is the best place for that. Here is the right article for the dedicated fans of Siwanatorz and you will know every detail about this young star.

At present, Siwa is a millionaire and her brand value is very good. Let’s check how Far Siwa has come to her initial days.

Joelle Joanie Siwa, known as JojoSiwa was a common teenager until her dancing show career launched. She is the youngest child of JessalynnSiwa and Dr. Tom Siwa.  JojoSiwa parents,  especially her mother Jessalyn is a professional dance instructor who has helped Jojo to achieve her career in the entertainment industry. The also has an older brother named Jayden Siwa, a well-known vlogger based in Nebraska. She was born in 19th MaY, 2003 IN Omaha, Nebraska, USA.

Jojo participated in the second season of Abby’s Ultimate Dance Competition and her personality instantly won over the Abby Lee Muller and later also appeared on Dance moms with her mother. Although she was eliminated in the 9th week, she became famous with her hard work and determination.

She later appeared in Abby Lee Miller’s ALDC dance competition team in 2015. She auditioned for that contest in 2014. She again appeared in the dance reality show Dance Moms in 2015 and became a household sensation.

Siwa failed to win any of these reality shows, but it did not affect her net worth.  She launched her celebrity career at a young age and is still growing strong.

The music career of JojoSiwa

Jojo is a dancer, singer, YouTuber, and an Instagram influencer. She launched her music career while she was in Dance Mom. Her first outing was an initial hit. She launched her career as a songstress with proper planning and success. Her first single “Boomerang” was launched digitally in 2016 and got more than 2.5 million views and likes. Boomerang addressed online bullying and Jojo’s upbeat and assertive music instantly hit a chord with the young viewers. But, her original debut started in “I Can Make You Dance” although it did not become popular like her second single. Boomerang was so popular that it opened a lot of opportunities in front of Siwa. It even fetched her the award of Breakout Artists in 2018 from the Vivid Awards. Boomerang gave her a fan base of young girls and boys from early teens. Her fans from all around the world cal themselves Siwanatorz and have followed her every style statement and moves till now.

She generated a lot of speculations because she left her second appearing in Dance Moms in the middle of the show. But, she did it because she got better opportunities, and people still acknowledge her from her Dance Mom days.

Jojo is known as a multi-talented person. Therefore, her success as a singer and a stage entertainer is evident and she got her ban base. She is one of the most popular teenage stars if this time and her long-lasting impression on the teens around the world is enough to prove her enigmatic presence.

Jojo proudly announced her World tour in 2018. She started her D.R.E.A.M The Tour is 2019 in the USA and Canada. She visited almost 52 cities in these two countries in that year. She performed in many theatres, indoor arenas, outdoor amphitheaters, and even in stadiums. Her tour was a grand success from the start. She also toured on different locations of the United Kingdom and even in Australia. The first season of her tour started in 17th ay to June 26 in Texas. She gained resumed touring for the second stint from 10th July in Orlando, Florida, and ended it is August 20 in Vancouver, Canada.

Siwa has a peppy, upbeat stage personality- as you want it from any teen star. Her colorful clothes and her signature hair bow made her a style icon among the tweens and teens and she eventually became an inspiration for them in styling and fashion sense.

Some of her famous songs are-

Jojo has continued to tour in different locations and her latest offering was her digital live concert. She announced her live Instagram concert amid the COVID 19 pandemic and fulfilled her promise to entertain her fans through the digital media. It was directly aired from JojoSiwa house in Nebraska. Her backyard stage along with her signature colorful clothes set the mood for her online concert. It was her first-time live performance on Instagram on May 1st, 2021. Her Insta live was very hit and got a lot of views.

Besides being a Songstress and a dance personality, JojoSiwa is also a reality star and a YouTube vlogger. She started Vlogging by following the steps of her older brother. She started way back in 2016 with her Boomerang song on that platform and has sincerely built her brand through YouTube. At present Jojo has nearly 11 million subscribers in her YouTube channel and she constantly posts her day to day life videos on her YouTube channel.

Her hit single Boomerang continues to be one of the most played videos in her channel(at present, 862 million views). Additionally, her babysitting video of North West(the oldest child of Kim Kardashian West) generated more than 36 million views since it was uploaded. From DIY tricks to fashion tips – she offers everything through her Vlog. Additionally, she also offers some sneak peeks of her life through her Vlog and her insta posts.

Jojo got an offer from Nickelodeon and signed as a teen star in that famous channel. Jojo started her partnership with Nickelodeon in 2017 and became a global teen sensation. She appeared in the Nick movie “Blurt!” in the role of Victoria. Later she also starred in “Lip Sync Battle Shorties” with Nick Cannon.

Later she lends the voice in the 2019 animated movie The Angry Birds Movie 2 in the role of Jay and Kira.

She also appeared in “The Substitute” as herself and in the reality show “The Masked Singer” in2021.

If you are wondering why  JojoSiwa net worth is so amazing, then you need to take a look at her business ventures. Jojo’s iconic style statement includes her colorful dresses along with her large and multicolored hair bows. The bows were an instant hit and her devoted fans were going gaga over her bows. It is often speculated that JojoSiwa net worth 2019  increased because of the sale of the bows from her accessories line.

Jojo launched her exclusive bow collections in 2016. She sells her collection through the famous fashion chain Claire’s. Jojo’s Bows is an exclusive accessories line aimed at six to twelve-year-old girls. In the launching program, she said that the bows are “symbols of confidence, believe-ness, and power”. Her bows became an instant sensation in the USA, UK, Canada, and even in Australia. It became extremely famous in the United Kingdom among primary school students. Although her bows were a little bit expensive; they are still popular.

Later she collaborated along with the American departmental store J.C. Penny to release her exclusive line of girls accessories, bedroom décor items, and a doll modeled on herself. Till now she has released many picture books aimed at young children age 5 to 10 years. She also has her exclusive Siwa’s makeup kit for kids along with Clare’s.

So, the main question is-“what is  JojoSiwa net worth 2021?”. The answer is short is $12 million. At present Jojo is among the main example of teenage millionaires. She had earned all this money through her work and determination and continues to earn. Jojo’s main earning comes from her dancing and singing career. She also earns a good amount from her YouTube and Instagram career. Her every vlog on YouTube and each Post in Insta generates money for her. She also shares the impressive net worth of her parents jointly with her older brother. According to sources, her mother  JessalynSiwa net worth is $2 million and her father has a considerable amount of assets from his medical career.

On top of that, she has her exclusive line of cosmetics and accessories. Therefore, it is clear that she has multiple sources of income and her net worth is more than $12 million. But, Jojo is yet to disclose her actual earning in the public media.

How did JojoSiwa become famous?

JojoSiwa, a singer, dancer, and Vlogger became famous by appearing in dance reality shows like the Dance Moms and Abby’s Ultimate Dance Competition. She became famous with her hit single “Boomerang”. At present, she is a popular teen star.

What is the net worth of JojoSiwa?

At present, JojoSiwa is a millionaire. She has assets of more than $12 million. Every year she makes nearly $3.5 million.