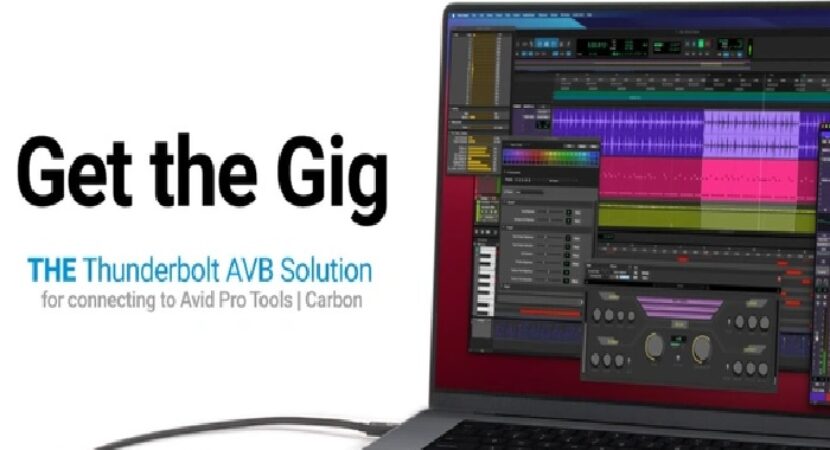 The compact adapter features a Gigabit Ethernet port that can be connected to via a Cat 6 cable.

The Thunderbolt AVB adapter is now available to purchase worldwide from partners and resellers and is priced at $150. For more information visit the official Sonnet website by following the link below.

“AVB was developed to overcome issues related to attempts at connecting various analog and digital audio video equipment to each other and provide a networking standard on which devices could utilize a common connection (Gigabit Ethernet) and communicate and operate in precise synchronization with each other. Featuring a 40 Gbps Thunderbolt interface, the Sonnet Thunderbolt AVB Adapter supports the proprietary version of AVB employed by the Avid Pro Tools | Carbon interface to stream audio at 32-bit float precision.”

“When used outside the Pro Tools realm, the Sonnet adapter also supports the low-latency, fully synchronized streaming of audio and video over Ethernet required for standard AVB workflows. Using the Sonnet adapter enables users to add their Mac computer as an endpoint in an AVB network and connect to other AVB-enabled devices such as audio interfaces, mixers, plug-in processors, personal monitor stations, stage boxes, speakers, and speaker processors, either directly or through an AVB-compliant switch.”