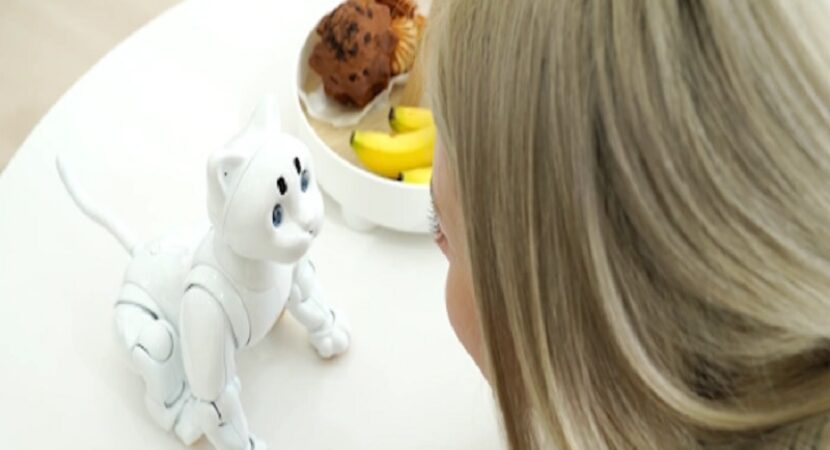 Macroact, the personal robotics development lab operating out of South Korea, has released their first AI based companion pet. Designed for education and entertainment, Maicat will launch on Kickstarter at the end of February 2022 after years of design and testing.

CAPABLE – Ready to use directly from the box, Maicat is an autonomous robot pet. Using its sensors, Maicat is capable of detecting obstacles and walking around the house on its own. With its laser range finder and gyroscope it is able to adjust for thick carpets and unexpected obstacles.

CARING – Maicat has facial, voice pattern and emotional recognition software. When paired with the AI learning algorithm, Maicat is able to identify its owners and react to their moods.

CONNECTED – Integrated IoT connectivity allows you to add Maicat’s sensors and capabilities to your existing home network. The Maicat SDK will allow the creation of apps which will let  Maicat talk to most modern IoT devices.

CREATIVE – Maicat is an excellent platform to get students interested in STEM topics. With an app and the Maicat SDK, students can study AI, programming, robotics, facial recognition…the list goes on and on.

CELEBRATED – Maicat was a CES 2022 Innovation Award nominee for it’s IoT integration and support. That’s more than you can say for most other pets.

CUDDLY – Maicat is small and light enough to pick up and pet. Sensors within its body let Maicat know it’s being petted and Maicat will respond lovingly.

Assuming that the Kickstarter campaign successfully reaches its goal and the project progresses smoothly, worldwide shipping is expected to start around the fourth quarter of 2022. To learn more about the Maicat project check out the promotional link below.