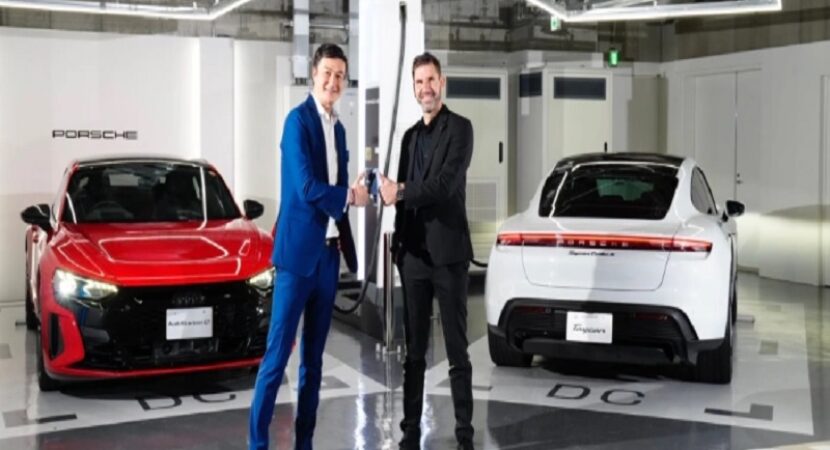 The two companies will build a Premium Charging Alliance and expand their 150kQ rapid charging network around Japan. Owners of cars from both companies will be able to use these charging stations from the 1st of July.

The Premium Charging Alliance is a project to expand charging services in Japan, merging the Porsche and Audi rapid charging station network in both dealers and city networks for owners of battery electric vehicles (BEV) from both brands. This alliance will allow Porsche and Audi owners to use the 50 Porsche Turbocharger units at 41 locations and the 52 units nationwide from Audi Japan, for a total of 102 rapid chargers at the end of 2022.

Porsche Turbocharger rapid charging units offer the most powerful 150 kW* class output of any charger in the country and can charge the Taycan’s battery to 80% in 24 minutes. Currently there are 50 units in operation in Japan: 37 units at 33 Porsche Centers (out of 45), with seven locations (12 units) as a part of the urban charging infrastructure including one unit at the Porsche Experience Center.

You can find out more details about the new partnership for electric vehicle charging with Porsche & Audi at the link below.