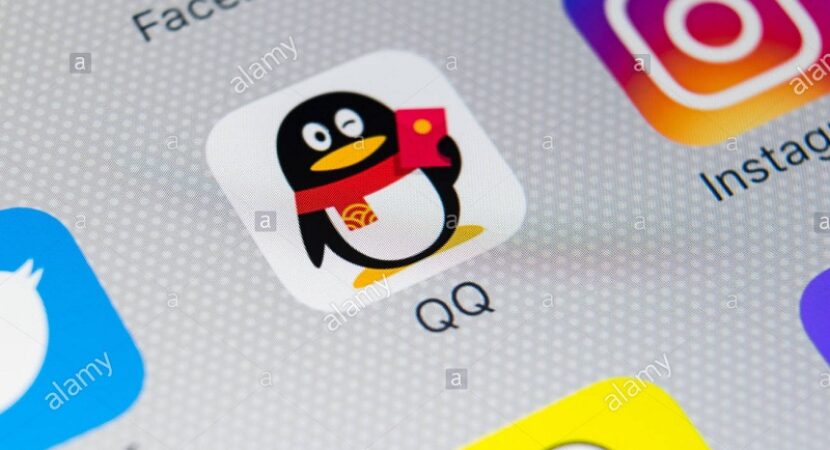 As we all know, the QQ Newsfeed, which was a very popular app that enables web browsing. It is also one amongst the many apps which have been lately banned by the government of India. Some other apps that have been banned along with the QQ Newsfeed are TikTok, Helo, Likee, and many others. This ban took place as an instant action by the Indian government just after the India-China Clash which took place near the Galwan Valley. However, this immediate action taken by the government has caused a lot of people to worry because QQ Newsfeed gained immense popularity amongst its users in a short span of time.

What is the QQ Newsfeed app?

QQ Newsfeed is a web browser, which holds the first share under the category of browsers in the market. Based in China, this app aimed at providing outstanding and best quality service to numerous users everywhere every day. Some other advantages of this web browser include news streaming, faster service dark mode, and private browsing. This app was developed by Tencent, which is a Chinese company. It provides services that include shopping, online social gaming, voice and group chatting, music, etc. It ranks as the 5th highest visited internet site as stated by Alexa.

Why is the QQ Newsfeed app banned?

The QQ Newsfeed app was recently banned by the government of India because of the tremendous amount of clash continuing amongst both the countries near Line Of Actual Control (LAC). There were repeated collisions between both the nations near Galwan Valley and the government had to take a strong stand against it because of which the government had to such a quick decision of banning this app including 58 other apps too which were completely china made. The government recognized that all these apps are capable of threatening the administrative part as well as the security of the nation and that it would have been highly dangerous for the customers to put forward any information about themselves on any one of the banned apps. The prohibition of these apps by the government took place in June 2021 and because of this, the users of this app are searching for alternatives for QQ Newsfeed in India so that they can continue to have an uninterrupted news streaming experience.

The users who enjoyed QQ Newsfeed need not miss that app anymore since there are a lot of alternatives to this app, some of which function even better than the QQ Newsfeed. The names of alternative Indian apps for Chinese app QQ Newsfeed are as follows:

Inshorts is a very good alternative to the QQ Newsfeed app. It is quite dissimilar to the other news browsing apps because it can provide something extraordinary to the users. The first thing to consider is the application interface which chooses the important news stories being talked about both nationally and internationally. The shortlisted news stories are then placed sequentially in a 60 words paragraph which also consists of related pictures to make it appear more catchy so that the reader doesn’t lose their interest.

The users can read the news in both Hindi as well as English languages. It is a really good option for the people who have a busy schedule, but inspire of that, they want to keep themselves updated about the day to day happenings around the world. One more thing that should be kept in mind is that they can acquire immense knowledge about occurrences throughout the world. However, this app is completely free to use and requires no membership to be used.

This app really has some of the most uncommon features which are not offered by the rest of the news reading apps. It offers some disparate and exclusive features for providing users with a better experience. One such feature is the cricket feature. If the users get a subscription for the same, you are supposed to receive all each and every update be it national or international about the sport. It helps the fans of this sport to remain updated with all the information related to it.

Another great feature is the ‘Personalised News’ option offered by this app where the application interface functions more smartly and checks the subjects where your interest lies after which it shows the maximum amount of news associated with your most liked category anytime the app is launched by you. This is a free app and doesn’t require in-app purchases.

This app is one of the most popular news browsing apps in the digital market. It is the one-stop destination for all occurrences and news throughout the world. On this app, you can find nearly each and every news about the happenings in the world. Additionally, the interface of this application is very easy and simple to be used which makes the users stick to this app.

Talking about day to day news, this app can provide regional, national as well as international headlines. At first, the users will find the news enlisted in a brief but they can click on the one they want to read in detail and can enlarge it. The users can avail of this app for free.

One of the best things about this news-reading app is that it is multilingual, which implies the fact that it can support many different languages. So, you can even read the news in your regional language. It consists of news related to many categories such as Defence, sports, entertainment, horoscope, etc.

It also lets the users go through the reviews and posts shared by various critics and you can also get in touch with them by sharing your reactions on their post. The users can use this app for free without having to pay any kind of charge. It also lets you post anything by yourself.

This app is an authorized news reading platform created by NDTV. The people who enjoy watching this channel are sure to enjoy this app as well. It offers the users with all current news and headlines in a way that one can always have easy access to the occurrences throughout the world, irrespective of where they are.

It lets you become aware of both national and international news on the same platform. Additionally, it covers some other grounds such as sports, lifestyle, entertainment, and many more. You can read any news story in detail just by zooming it. People can avail of this great app absolutely free.

You can now avail of one of the highly popular and top-rated news channels just at the tips of your fingers. The users can view AajTak live by this application anytime with an easy click, and stay adhered to the news anytime. Basically, the users can watch the saved news videos of different specific episodes of your loved news channel.

It also makes you known to the breaking news near you and you can also become aware of whatever is happening throughout the world. It brings news updates from different subcategories such as politics, business, Bollywood, cricket, etc.

This news-reading app is the most ideal one for the business people and entrepreneurs as well as the share marketers out there. By using this app, the viewers can gain a lot of fruitful information and knowledge. It offers you with the most recent business-related news stories from all over the world.

You can also get all kinds of news associated with the corporate sector. Also, it provides you news stories from the stock market, which can be very helpful for the different entrepreneurs and investors. It is overloaded with different reviews and stories by renowned critics which can turn out to be very informative for you. However, this app comprises of some in-app purchases.

Zee News is a very famous news channel and has millions of users. Hence, this is going to be very good news for the fans of this news channel. It offers you updates regarding food, fitness, lifestyle, entertainment, and many other fields. You can even find daily horoscopes on this app and brings to you each and every news update regarding business, Bollywood, cricket, travel, politics, technology, etc.

If you are a fan of gossips, then Zee News is the right place for you. Thus, it is going to turn out as an ideal choice for the viewers of this channel. It shares all kinds of national and important news which can be of utmost importance to you. It also enables users to share news on other social media platforms.

This is another well-known app that has to be considered under the category of news reading apps. You can get various national and international news from all over the world on this app. One of the best aspects of this app is their English which has a good level of difficulty. The people who want to enhance their writing and reading skills in English must get accustomed to this app.

This app can also be very productive for the candidates who are appearing for any kind of government competitive examination. Such people need to use this app more regularly. It also includes news from Bollywood, sports, entertainment, science, literature, music, and art. The editor’s part included in this app comprises of contents written by well-known journalists and critics. The user interface of this app is also great and can be understood easily.

Last but not the least, we are going to talk about this app which enables you to read the news in numerous languages which ensures that you can avail of news in your local language too. It can provide nearly everything such as Politics, Technology, Science, business, travel, sports, etc. You can get news from across the country as well as the whole world. This app also lets you watch live news anytime you feel like.

The interface of this application works in accordance with your likes and preferences and presents your news which suits your interest. Some other features offered by it include data-saver, dark mode, bookmarks, sharing options, etc. There are no in-app purchases included in this app which makes it free to be used.

Hence, this post was all about the top-rated QQ Newsfeed alternative Indian app and we enlisted the names of 10 different apps above. Each one of these apps is very safe to be used and protects your personal details. You can avail of a better user interface, then QQ Newsfeed on these apps. If you need more information about these apps you can search them on your browser. Henceforth, as dutiful citizens of the nation, we should stick to the decision taken by the government. Thus, it is advised to discard all the banned apps from your phone and download the Indian apps.

Can QQ Newsfeed be used even after the ban?

Using the QQ Newsfeed app after the ban can be very hazardous for you as well as your personal details. Hence, if you are having this app on your phone, don’t delay in uninstalling it because it will not function at all.

What is the Indian alternative to the QQ Newsfeed app?

Daily hunt can be the most reliable Indian alternative to the QQ Newsfeed App. This India based app can offer users a wide range of news.

Are all of these Indian alternative apps free to be used?

Some of these apps mentioned above are absolutely free to be used, whereas a few of them require subscription cost.

Are there any chances of these apps getting banned?

No, there are absolutely no chances of these apps to get banned in India since the majority of them are of Indian origin.