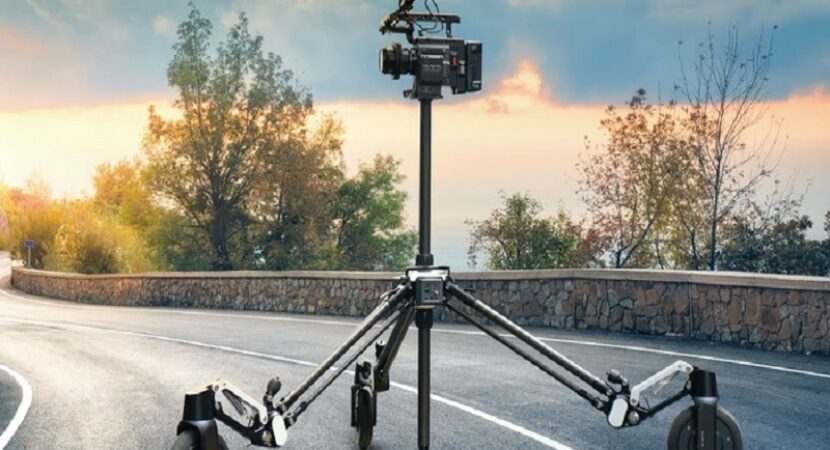 Cinematographers looking for a versatile way to stabilize their cameras may be interested in a new electric cinema dolly called the Snoppa Rover. Launched via Kickstarter, the project has raised over $150,000 with 44 days remaining. They were offering an electric stabilization system with an active dampening system and PID control to stabilize the Z-axis and X and Y planes. Suitable for all-terrain filming on unyielding services such as sand, soil cement, and grass, the electric camera stabilization system can climb inclines of up to 30°.

The companion control application allows photographers and directors to create a planned path enabling the dolly to move automatically. The camera dolly also features auto-tracking and Hyperlapse, a system that will allow you to capture a time-lapse sequence while driving along a preset path.

Backer early bird pledges are now available for the innovative project from roughly $2,395 or £1,774 (depending on current exchange rates), offering a considerable discount of approximately 33% off the recommended retail price, while the Kickstarter crowdfunding is underway.

“All three wheels of Rover are equipped with individual power drives. The built-in gyroscope detects wheel speed in real-time, and the intelligent algorithm can distribute the power of each wheel individually. This results in smoother motion and more precise control of the Rover. Constant speed ramping greatly reduces wheel slippage or track deviation due to inconsistent wheel speed.”

With the assumption that the Snoppa Rover crowd funding campaign successfully raises its required pledge goal and the project completion progresses smoothly, worldwide shipping is expected to occur sometime around July 2022.

Rover has built-in gyroscopes and acceleration sensors in each of its three stabilizer arms. These sensors detect the vibration of each wheel and the attitude of the whole vehicle at a frequency of 16Khz at all times. The detection frequency allows the high-torque motors to respond to disturbances within 0.06m/s.

The motors output feedback from a synchronous variable speed system. With the added inherent elasticity of its springs Rover, it can maintain smoothness even when passing over uneven surfaces or obstacles.

Thanks to the angle sensor (Hall sensor) at the joint between the stabilizer arm and the wheels of the Rover, the electric steering mechanism can be rotated 360. It provides flexible turning performance and allows for unconventional maneuvers such as zero-radius turns in place and hill-climbing with ease.