Home
How TO's
Tips To Play Undertale on Nintendo Switch 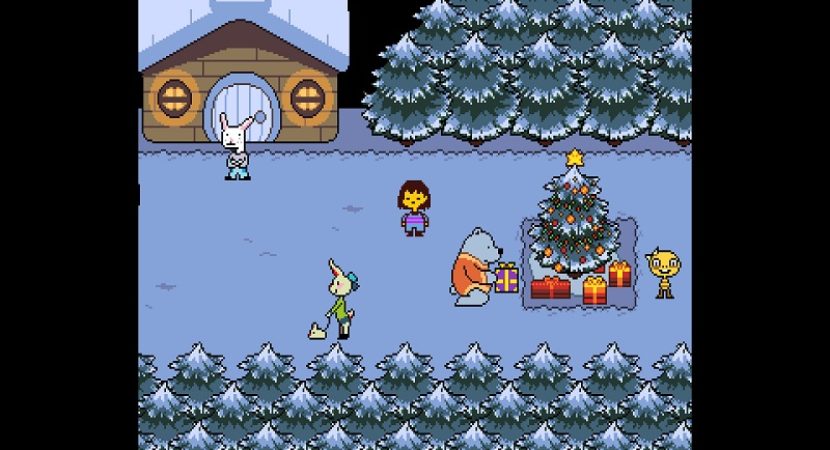 Undertale is one of the exciting and thrilling games that ever existed in this universe. It is a role-playing video game where the players are supposed to control the movements of a child who has fallen underground. The space of “underground” is situated beneath the surface of the earth and is secluded by a magical barrier. The game is all about the child’s journey to the earth’s surface. The journey isn’t very easy and flowery. The child has to encounter some monsters and get involved in a fight. There are mini-bullet attacks from which the child has to rescue himself. The game spirit and the music are the noticeable good enough to attract the prime attention of the players. It is said that the game is inspired from several sources like Mario & Luigi and Brandish. Undertale price is $14.99. You can also get Undertale free download on your PC.

The gist of the gameplay

In the Undertale gameplay, the player has to control a child throughout his journey from underground to Earth’s surface. The player gets to explore and a different kind of an underground space where there are several caves and towns and which is a home of numerous monsters. The player would have to solve various puzzles throughout the journey to safely make through the difficult paths to the surface of the earth.

One of the quite distinctive features of the game is that the player gets the opportunity to decide whether to kill the monster that comes up on the way or to befriend them. The choices that are made by the player affect the progression and plot of the game. The player’s act of morality sometimes becomes the cornerstone of the game’s future development. It is even possible that the game can be ended without killing a single monster.

When the player confronts enemies (monsters), they enter into a battle mode. In this mode, the player controls a small heart that depicts their soul. In this mode, they have to avoid the attacks from the opposing parties that are the monster’s bullet hell shoot and also have to choose whether to kill them or spare them. As the game further progresses, there are new things introduced like the boss battles and colored obstacles. These elements make the game even more interesting.

Tips that will help you play the game

When you are invited by Toriel to have a friendly conversation with the monsters that would attack you, you can choose either to fight, act or have mercy on them. The entire choice is yours. It is the best decision to choose your own instead of doing too much Google to search and checking Undertale YouTube. Undertale is, after all, a game that would play out in various ways for you. It completely depends whether you want to kill the monsters that approach you act differently to befriend and spare them.

The endings are different for each player and there is individuality in the game. You can either kill all the monsters or spare some of them or maybe spare every one of them. The game progresses based on the decisions taken by you. You do not get the option to go back or undo to get back to a peaceful path. Killing the monsters is quite simple. However, if you opt to spare them, then you have to act in a certain way towards the monsters till the time their names turn yellow in both the Spare and Act menus. If you choose to take the sparing route, it might be difficult sometimes. In this mode, there would be low health and you won’t be able to level up even.

Another challenging task that you have to come across while playing is to get their names to turn yellow to spare them. Quite often, this task would seem to be impossible. There are many normal monsters, which can be spared if you just listen to things said by them. You have to carefully listen to the dialogues during the fight and you can also make use of the “check” function to learn about them. You need to scrutinize properly the actions that you are offered and then make your call.

To make you understand the point, we are going to take a few examples here. Suppose Vegetoid comes your way, and among them all the options you get “dinner” and Vegetoid offers you a healthy meal. Vegetoid is a vegetable and it would be green. During its attack mode, you just have to click on the “eat” option and Vegetoid would be satisfied. Sometimes, to spare you would have to keep fighting without causing damage to the monster. You would have to fight to lower the health and when it gets convinced, you can spare it. Sometimes, monsters would act stubbornly and you have to play with patience if you want to play with mercy.

Unlike other video games, Undertale has straight cut gameplay with clear waypoints to guide you in every step through the game. Whether it is a boss encounter or just the normal fights, ultimately it depends on your choice and decisions. It is a game that has great lengths and you need several hours to finish off. Therefore, you should give it time and just explore it first. If you want to enjoy the most out of this game, you should take a small dive into the details so that you can squeeze out every bit of the essence from the game. Only then, you would be able to enjoy the game thoroughly.

Without understanding and knowing the nook and cranny of the game, it would be difficult to get a hold of the gameplay. The freedom of mobility that the Switch gives, you can easily enjoy the game everywhere and can relish the game at a space where there wouldn’t be any distractions. Check out all the hidden paths, speak to every vendor, and just keep visiting the areas of the games that you have already trudged through. You would be able to discover some of the amusing escapades. There’s a lot hidden in the game, so just keep exploring.

Throughout the journey of the game, you will find many items in the underground that will help you to keep you alive in the game. You just have to know them. There are many items in the game that have secret purposes; you just have to unveil the secrets. We will tell you some of the secrets at this point. The rest of them you would have to know by exploring. Your staring weapon might seem to you as just a stick, but when you use it as a weapon during combat; you would be able to easily defeat most of the dog enemies.

If you want to spare them, of course, you can listen to what they are saying and spare them. The spider food that you find quite early in the game can be used on certain boss encounters. When you use spider food, the battle would automatically close. Another item is Pie. It would work in the same way as spider food. They help you to defeat your enemies during the boss encounter and bring closure easily.

If you are aiming at a ‘good’ ending in the game of Undertale, then, simply sparing every monster isn’t enough. You need to start dating some of the characters that you befriend. Apart from dating, there are even other interesting hidden items, encounters, and other elements in the game that you need to seek out.

You might be one of them who like to stomp around as an evil demon all through the game, however, refrain from being that when you are playing Undertale. Undertale is a different kind of experience altogether and it requires the player to play a little differently. It is not funny to plunge into an all-kill mission. The game requires you to encounter different enemies and understand the characters. Listen to what they are saying and play along.

The suggestions made above would help you when you are playing on Undertale steam. Undertale unblocked is a different kind of game; hence, you should just explore, know about the game more, find out the hidden aspects, and then play along with diligence.