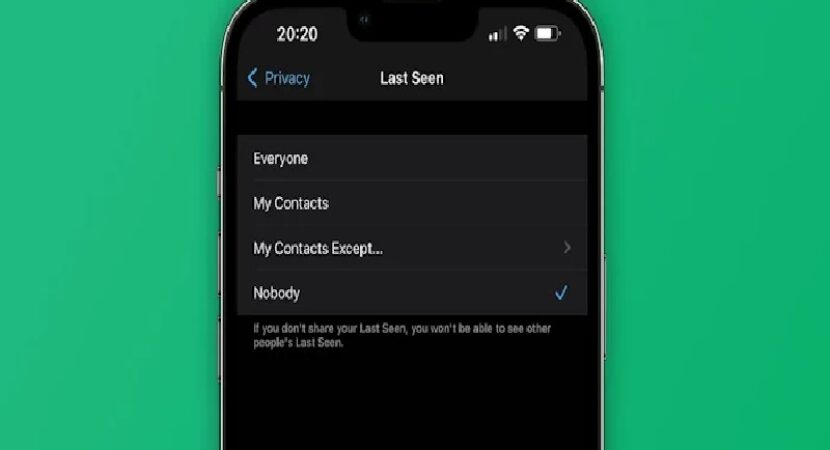 This week, WhatsApp began rolling out emoji reactions. And now it looks like the company could soon implement another long-overdue feature. With the latest beta release of its iOS app, WhatsApp has added an option that lets users limit specific individuals from seeing their “Last Scene” status.

This is the feature that indicates when someone last checked the app, and it’s a way to find out if a contact may have seen your message even if they have their read receipts turned off. For some time, WhatsApp has allowed users to limit who sees your status to only your contacts.

You can also disable the feature if you want, but you haven’t had the ability to prevent specific individuals from seeing that information until now.

The WhatsApp iOS beta version 22.9.0.70 adds a new “My Contacts Except…” option under the Last Seen section of the app’s privacy settings. It looks like adding an individual to that list also prevents you from seeing their status as well. Apparently, WhatsApp is also adding more granular privacy controls for profile photos and the about sections. The feature is now in beta testing on both Android and iOS, though it probably won’t be long until it is officially available in WhatsApp. Then we can all use it.