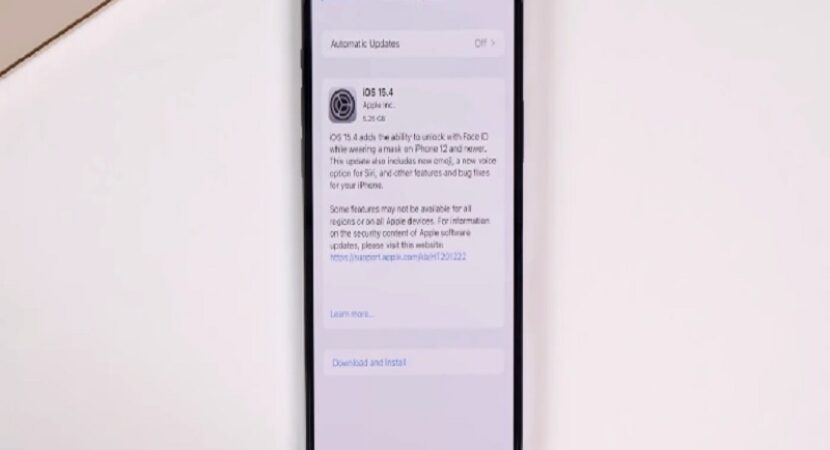 Apple released iOS 15.4 Release Candidate earlier this week, we have already seen one video of the software, and now we have another one.

The video below from Brandon Butch gives us a look at the new iOS 15.4 Release Candidate software and its range of features.

The iOS 15.4 Release Candidate is the final beta version of Apple’s iOS 15.4. This version will be released to everyone, assuming there are no bugs in this release. This software is now available for developers to try out.

This update brings the new Face ID feature that will allow you to unlock your iPhone when you wear a face mask. This feature will be supported by the iPhone 13 and iPhone 12 range of handsets. There will also be a new range of Emoji in the iOS 15.4 release.

As yet, we do not have an exact release date for the software, although we are expecting them to be released either Tuesday or Wednesday. We will let you know as soon as we get some confirmation on exactly when the updates are coming.