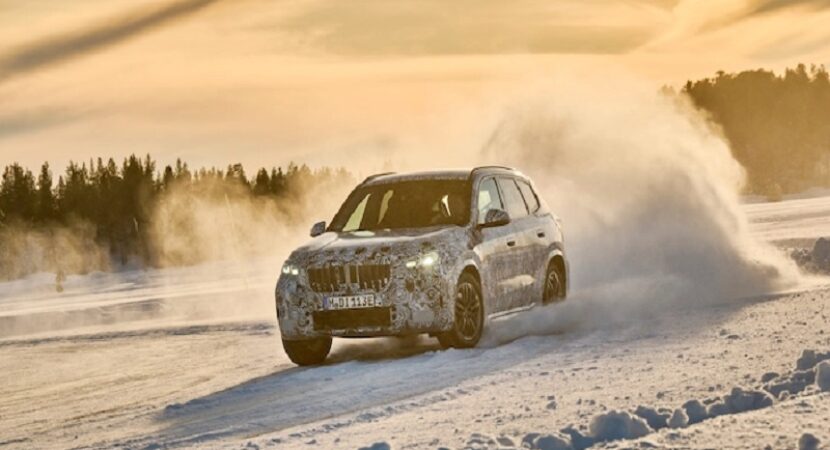 BMW has released some photos of their new BMW X1 SUV during winter testing, the car is being tested out ahead of its official launch.

The photos show the new BMW X1 being tested in the snow, this is the third generation X1 and it will be available as a fully electric model with the BMW iX1.

The countdown is on for the third generation of the BMW X1 – and for the first fully electrically powered Sports Activity Vehicle (SAV) in the premium compact segment.

On snow-covered roads and specially prepared ice tracks around the town of Arjeplog close to the Arctic Circle, it joined the conventionally powered and plug-in hybrid variants of the new BMW X1 in passing integrated application tests for its powertrain and chassis systems. Another fully electric model from the BMW Group has therefore reached the final phase of series development process.

You can find out more details about the new BMW X1 and VMW iX1 SUV over at the BMW website at the link below.