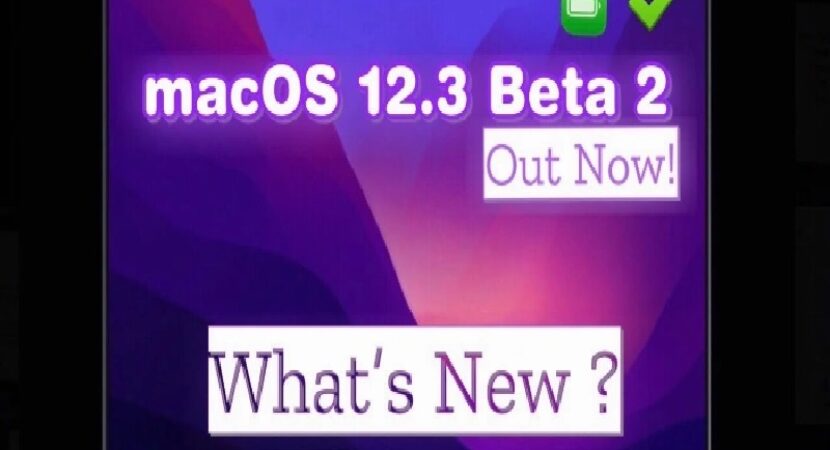 The video below from Half Man Half Tech gives us a look at the new macOS Monterey 12.3 beta 2 software and the changes that are coming to the Mac with this release.

This update brings the new Universal Control feature to the Mac, this allows you to use the keyboard and mouse from your Mac with your iPad. You can easily move and switch between the two devices when they are side by side. For this to work, you need to have iPadOS 15.4 installed on your iPad.

Apple is expected to release its macOS Monterey 12.3 software next month, along with iPadOS 15.4, watchOS 8.5, and iOS 15.4. as yet we do not have an exact release date for the software but we have a good idea of when it will land.

Apple is rumored to be holding a press event on the 8th of March 2022, they are expected to launch the new iPhone SE 3, a new iPad Air, and also a new Mac. We are expecting all of these software updates including macOS Monterey 12.3  to be released in the same week as Apple’s press event.